A man from Saratoga Springs claims someone got $20,000 of unemployment money in his name. The problem is, he’s never filed for unemployment.

Johnny Miller is an event photographer. He owns On the Spot Photos and said his business is just starting to bounce back after the pandemic.

"For two years, I did not have any events going on," he said. 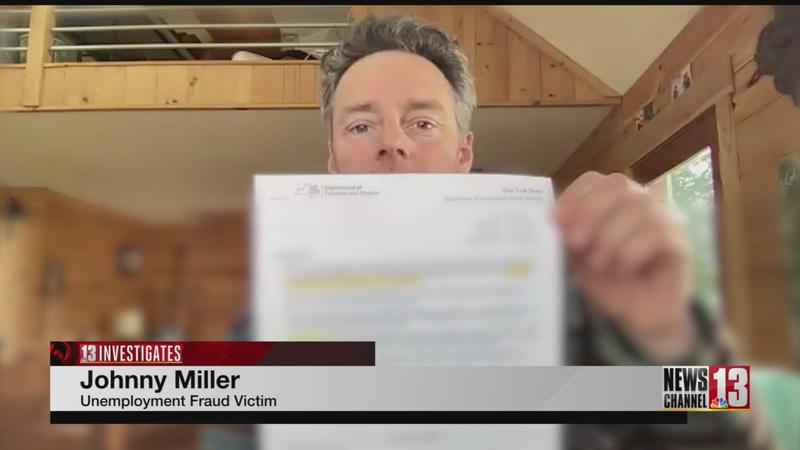 "Someone fraudulently claimed $20,000 in my Social Security number from the New York State Department of Labor."

"It’s frustrating because I actually pay a lot of taxes."

He checked to see if he was the victim of identity theft or credit card fraud. He is not.

The only issue is with unemployment, and he has tried repeatedly to contact them for help.

"I’ve never been able to talk to anybody, calling people on the phone they just hang up on you, Department of Labor just puts you through a loop," he said. "I mean, it was hours. So, I said forget it."

Then he got a tax notice on the fraudulent unemployment claim.

"The notice from the Department of Taxation and Finance says I did not claim my unemployment compensation on my federal tax return."

The tax department says they need a 1099-G tax form.

"They say I owe them money because of this unemployment that is taxable income. I did not claim unemployment."

Of course, he does not want to pay taxes on money he never got.

"I do not owe New York state taxes. They think I owe them taxes."

That is when he contacted 13 Investigates.

We emailed the New York State Labor Department on Monday, March 28 to explain what’s going on. That same day, DOL told 13 Investigates they sent the information to their fraud team.

Miller told us on Wednesday, March 30 that he still did not hear anything from them.

13 Investigates emailed DOL again, telling them we are going to share Miller’s story. A few hours later, he got a call.

Miller said the New York State Labor Department zeroed out the 1099-G form, so he no longer owes any money. However, Miller said when he asked DOL if they have figured out who the fraudster is, they could not give him a clear answer.

He said he plans to file a complaint with the Attorney General’s Office.