NewsChannel 13 spoke to Fulton County Sheriff Richard Giardino to get his thoughts on some of Gov. Kathy Hochul’s public safety initiatives she outlined in her State of State Address.

Gov. Hochul talked about a new way to prevent people serving time and from committing crimes again. She proposed a Jails-to-Jobs program.

The program is aimed at giving inmates the support they need to find employment during re-entry. It also restores the tuition assistance program for inmates.

Gov. Hochul says she is committed to connecting previously incarcerated individuals with education and the resources they need. Part of her strategy is to train state parole officers and reentry specialists on career planning and job placement. 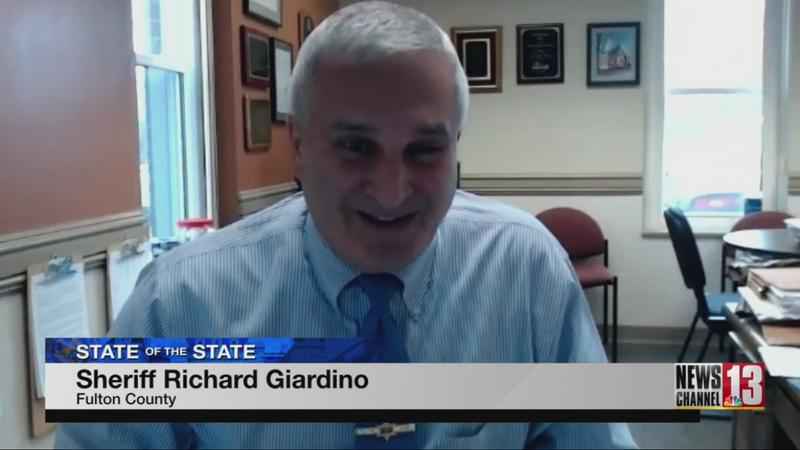 She also plans to expand vocational training that would allow inmates to obtain commercial driver’s licenses. Sheriff Giardino says he supports educating inmates and giving them job training. He says many of the inmates in jail struggle with reading and writing at a level they can function.

"I always think it’s good to teach job skills to inmates. That’s one of the problems in the state prison system is they would teach you how to be barbers, but they couldn’t have scissors or knives, so that didn’t make sense," said Giardino.

The governor also detailed her plan to combat the rising gun violence across the state.

During her address Wednesday, Hochul says she has taken measures such as signing a package of bills to combat the sale of untraceable firearms and ghost guns.

Hochul says she is going to invest in New York’s Crime Analysis Center Network. This will allow law enforcement agencies access to collect and share data. She also wants to strengthen community based programs that work to prevent gun violence.

Sheriff Giardino says he supports community programs. However, he does not believe we should add new gun laws. He says we should enforce the laws we currently have. He says cities with high homicide rates have very strict gun laws.

"So, I believe that if we were to spend more time concentrating on the gun laws that we have in existence and prosecuting those illegal possessions, then we would be better. Adding new laws to people who lawfully possess guns does not reduce crime," said Giardino.

Sheriff Giardino added that he is in favor of Hochul’s effort to expand gun intelligence centers across the state.