Shares of General Electric surged more than 3% Tuesday after announcing that it’s breaking up.

Investors seem to love the news, but what does it mean for the GE plant in Schenectady?

Right now, GE says this does not mean layoffs for workers in the Capital Region. 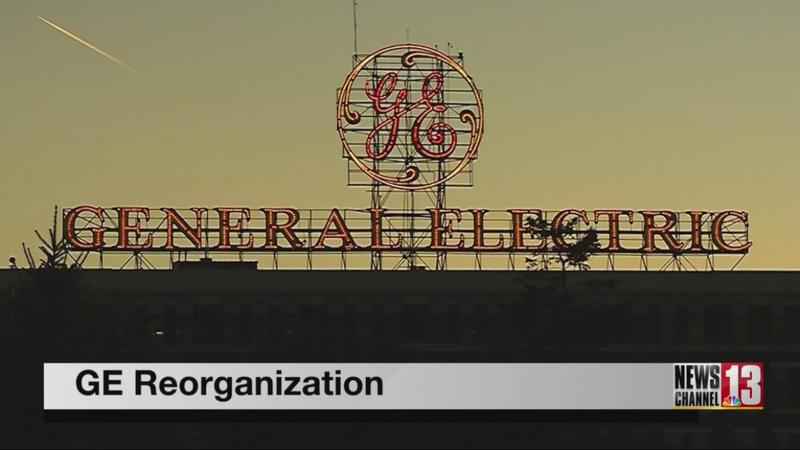 GE says the aviation company will still be called General Electric, while its renewable energy and healthcare businesses will likely get new names in the next couple years. These three will be completely separate companies, but GE plans to keep a 19.9% stake in the healthcare company.

Right now, the company has about 4,900 workers in the state and GE says it will stay that way. For example, workers at the research lab in Niskayuna are planning to continue working for all three separate businesses.

Mark Egan with the Capital Region Chamber says there’s no reason to worry about jobs with what we know right now.

"Over time, we’ll see how it plays out, but in the short term, we don’t see this meaning that GE is leaving our community. It might mean that some people’s paychecks a year and a half from now might have a different name on the paycheck, but what they do would be pretty similar to what they do today," said Egan.

"Today GE announced plans to form three global public companies focused on healthcare, aviation and energy with the healthcare spin-off expected in early ’23 and the renewable energy and power spin-off in early ’24. While at this time it is unclear, it is my hope that more details will unfold as to how this restructuring will affect the GE Research and Development Headquarters in Niskayuna, if at all. What is, and always will be true, is that I am committed to working with GE in ensuring their stability and growth both on a global scale but especially in our town."

The healthcare company is expected to form in early 2023 and the renewable energy business in 2024, so there’s still a few years before we understand this change.