U.S. Sen. Kirsten Gillibrand from Brunswick stood alongside veterans Thursday in Washington, D.C. calling on Congress to pass legislation to help those who served our country.

The senator says 3.5 million veterans were exposed to burn pits while serving in Iraq and Afghanistan.

During the war in Iraq and Afghanistan, burn pits were a common use of waste disposal at military sites outside the United States. Things such as electronics, clothing, and waste were put on fire. Those burn pits spewed toxic fumes and carcinogens into the air. Those who were exposed report having health issues such as asthma and, in some cases, cancer.

Those who spoke say when they went to the VA to get care they were denied. Some had to pay for care out of pocket. They also had to provide proof they had a service connected disability.

The proposed legislation would remove the burden of proof from the veteran to provide, so they can access the care easier. They want Congress to act on the legislation. 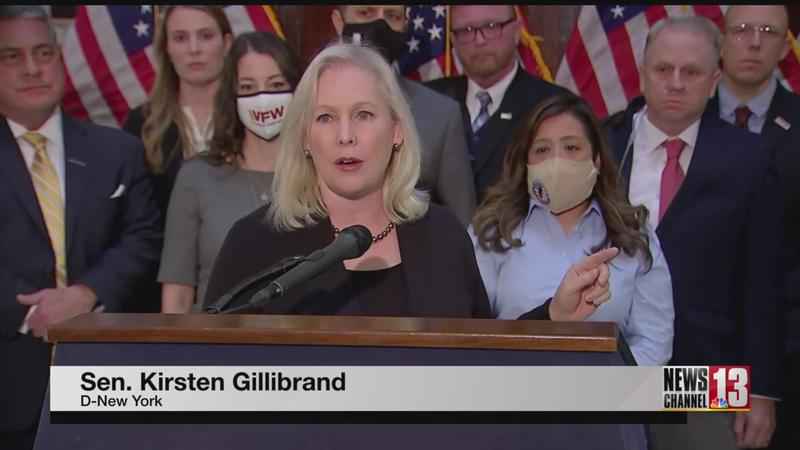 NewsChannel 13 reached out to a spokesperson from the VA. He says they have programs in place to help. In 2014, the VA opened an airborne hazard and open burn pit registry.