PITTSFIELD, Mass. – Miguel Estrella, 22, was shot and killed by a Pittsfield police officer on Friday night after friends called for help as he experienced a mental health crisis. His longtime girlfriend is demanding answers about why police used deadly force.

Daneya Falwell is Estrella’s girlfriend of four years, who lived with him. She says "Miggy," as friends called him, struggled with depression and mental health, and had been in crisis before, but they had big plans for a life together.

"He wanted to go back to school, we were going to get a house, you know, we just bought a dog," she explained. 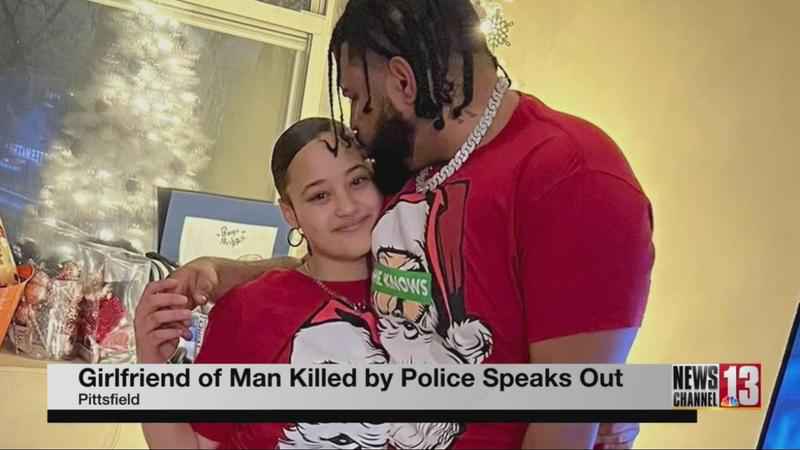 He was a guide for Falwell’s sister, Tayshia Hoisington, who said, "He was basically my brother-in-law because we all knew one day he was going to make my sister his wife, have a whole bunch of kids. He was one of the big motivators in my life."

Hoisington and Falwell say he was trying to quit drinking this year and change himself for the better.

Friday night, Falwell, her sister and a close friend told NewsChannel 13 he was drunk and in crisis, hurting himself with a knife. They called for help and police and an ambulance came. Estrella refused help. Police took the knife and left.

"I had to ask my friend to call them again," Falwell said.

Minutes later, he was again wielding a knife and hurting himself. Falwell says they expected EMTs again, but police arrived first.

"There’s just so many different ways that situation could have been de-escalated," said Hoisington.

As police say he "advanced" toward them with the knife, they shot him with a Taser, but it didn’t stop him, and an officer shot Estrella twice. He later died.

Falwell and her sister believe he was too drunk to be a threat to anyone but himself.

"He didn’t even really want to walk towards them, he didn’t even want to stay still, ’cause he was drunk and unsteady," Hoisington said.

They’re left wondering why medical workers couldn’t have taken him to detox and taken the knife like they had before.

"They shot to kill," said Falwell.

They say they’re worried Estrella was seen as a threat because of his skin color, larger build and the fact that he was six feet tall.

"As a police officer’s job, it is your job to keep someone safe who is harming themselves," Hoisington said.

The public can pay respects to Estrella on Friday, April 1 from 4:00 p.m. to 7:00 p.m. at Devanny-Condron Funeral Home, 40 Maplewood Avenue, Pittsfield, MA.