GLENS FALLS – A young Glens Falls police officer is being called a hero, credited with saving the life of a 3-week-old baby girl.

It was just after 7 p.m. on July 12. Officer Hunter Barton is the first on the scene to a call about a baby who had stopped breathing.

"Mom was running out into the lawn with the infant in her arms who was dangling and unresponsive. So immediately, I ran up to her, grabbed the infant, took her from her, positioned her for back blows and performed back blows."

He saved 3-week old Laci Mickel, by clearing her airway of the formula. 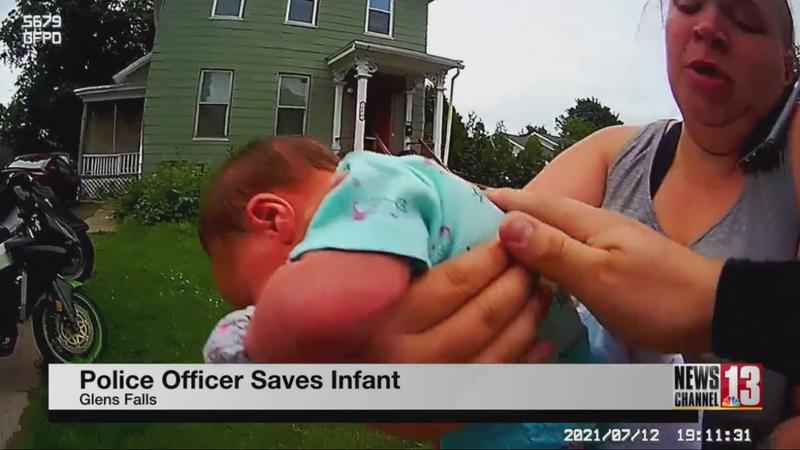 Officer Barton has been on the job for just a year and a half. So that training from the academy was fresh in his mind, and he’d also had some real-life practice with someone in his family.

Learn about who else he saved by watching the video of Mark Mulholland’s story.