A man from Glens Falls was just sentenced in federal court Wednesday for his role in the January 6 insurrection.

James Bonet knowingly entered a restricted area of the Capitol.

Bonet posted video on Facebook of himself smoking pot inside the Capitol during the riot on January 6.

He will spend three months in prison and must pay a $500 fine.

Bonet was a manager at a business in Saratoga Springs, where his co-workers spotted his Facebook post and notified authorities. 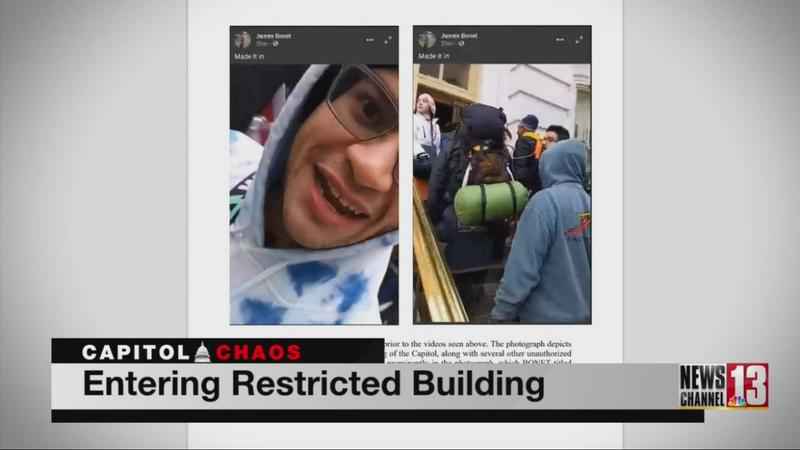