Some people in Glens Falls are concerned about a recycling facility in their neighborhood. They say the facility has caused dangerous conditions in their small residential streets. Neighbors say their homes shook before a recent fire started at the facility, and now they want city leaders to act before someone is hurt.

At Tuesday night’s council meeting, Glens Falls Mayor Dan Hall called the situation unacceptable and promised to meet with the facility’s owners and the state Department of Environmental Conservation.

“We are scared 24/7 of what’s going on over there,” said Linda Plante, who lives in the east end neighborhood of the city.

Plante lives just yards away from the R. Cohen Recycling plant, a scrap metal processor. She says a fire there on Nov. 10 is just another reason she and her neighbors want the large facility out of their small neighborhood. No cause for the fire has been released, but neighbors say their homes shook and they wondered if there may have been an explosion. 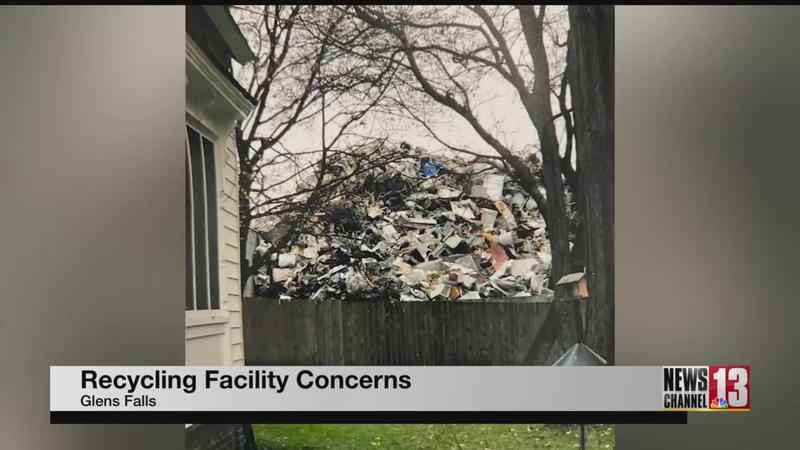 In her neighborhood, the sounds and smells of the facility are perceptible before the sight of it. Plante told us she called police in 2014 thinking there was a gas leak in her home, only to find out the smell was from the plant. Neighbors showed us photos of large trucks dropping debris and driving over curbs in an area with kids.

Tuesday night, those neighbors took their concerns to the Glens Falls Common Council. They say they’ve been bringing these concerns to the city for about eight years with no success.

“We have dust, dirt, who knows what in the air and we are tired of it,” said Audrey Charron, who showed NewsChannel 13 hundreds of pictures of debris, fire and tracks from trucks in the grass.

Mayor Dan Hall promised to look into their concerns with the facility’s owner, NH Kelman, and the Department of Environmental Conservation.

“This is not acceptable,” Mayor Hall told neighbors as they passed around chunks of heavy metal debris they say they collected from the road.

NewsChannel 13 reached out to NH Kelman and left multiple messages. The company had not responded by Tuesday night.