After countless crashes, construction is planned for the Glenville bridge.

State Senator Jim Tedisco (R- Glenville) celebrated the news today, as he previously brought concerns about that bridge to the governor.

“Well Haley’s Comet must’ve come around, because this is a joyous day for the people of Glenville and really the Capitol Region,” Tedisco said.

Today the Department of Transportation announced it’ll add flashing beacons, a turnaround area, and an electronic detection and warning system with a flashing electric sign. That’s in addition to the 14 signs already in place and pavement markings that line the almost 1 mile stretch before the bridge.

Tedisco said that includes a laser system to measure the heights of oncoming trucks.

The DOT said it’ll start working in December. Designs for the overhead detection system and the turnaround already underway. But construction isn’t expected to be done until 2023.

“That laser has to start right away so they get notified either by sound or sight, along with the signs, because clearly signs haven’t been working,” Tedisco said.

Tedisco said he still hopes the bridge can be raised up someday but is happy with these developments in the meantime.

“If this is the best we can get, and it works, so be it,” Tedisco said. “But we’d like to raise the bridge so there’s no chance at a truck possibly hitting it.”

Tedisco says there’s been more than 100 incidents in recent years with trucks getting stuck, damaged, or having to turn around. He says that’s cost Glenville taxpayers more than 50 thousand dollars.

The DOT urges truck drivers to not use consumer GPS systems because it doesn’t account for the bridge height. 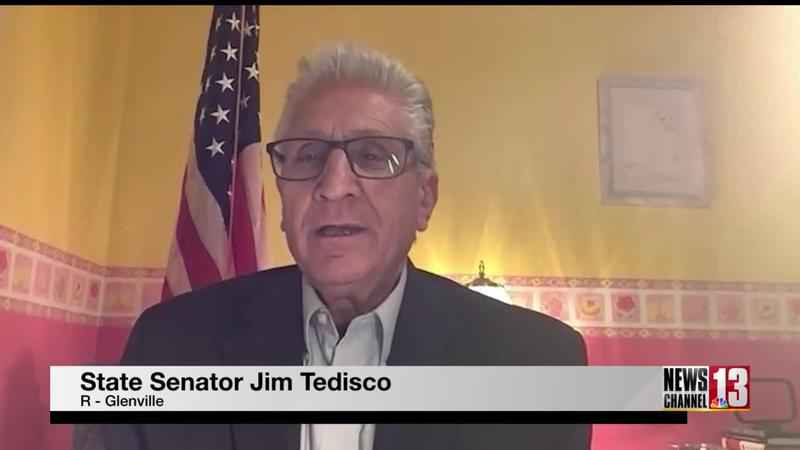