Students in the Gloversville High Altitude Achievement Club had a once in a lifetime opportunity on Thursday. They tested a satellite that will eventually be launched into space.

It happened at the Innovative Test Solutions Lab in Schenectady.

The testing essentially makes sure the satellite is ready for space. It’s meant to simulate the conditions during takeoff to make sure it doesn’t break apart.

If all goes well with these tests, the satellite will eventually be sent into space, where a radiation experiment designed by the Gloversville students will be carried out.

The students say it’s been eye-opening to conduct this testing at a facility right in their own backyard.

"It’s almost surreal, because you don’t even think about places like these being around in our community, but it is, and it’s pretty cool to be here," said Douglas Cook, a student. 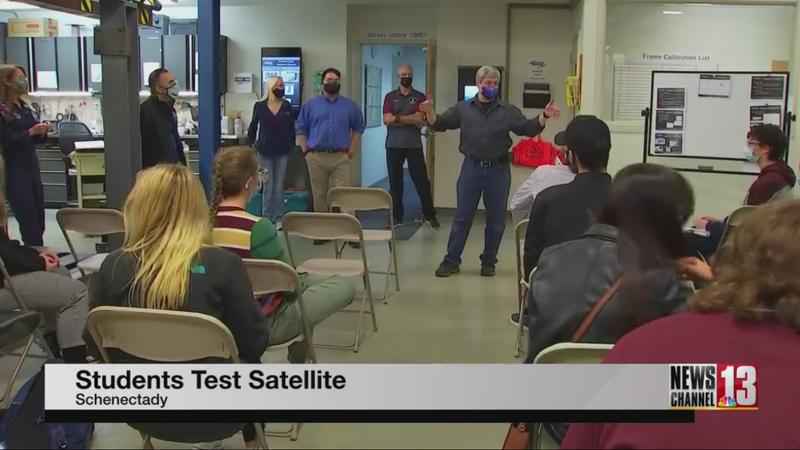 The hope is that this satellite will be sent up into space in about five to six months, but no exact date has been set yet.