ALBANY – One in three women die of cardiovascular diseases, and more women die from heart disease and stroke combined than any other condition.

The American Heart Association’s "Go Red for Women" luncheon was held Friday at the Albany Capital Center. Nearly 400 people were in attendance.

The event is to raise money and awareness for research.

The event was emceed by NewsChannel 13’s Subrina Dhammi.

People got to hear many stories of survival, including Lisa Silver, who had no idea she was having a stroke, until she couldn’t even say her own name. 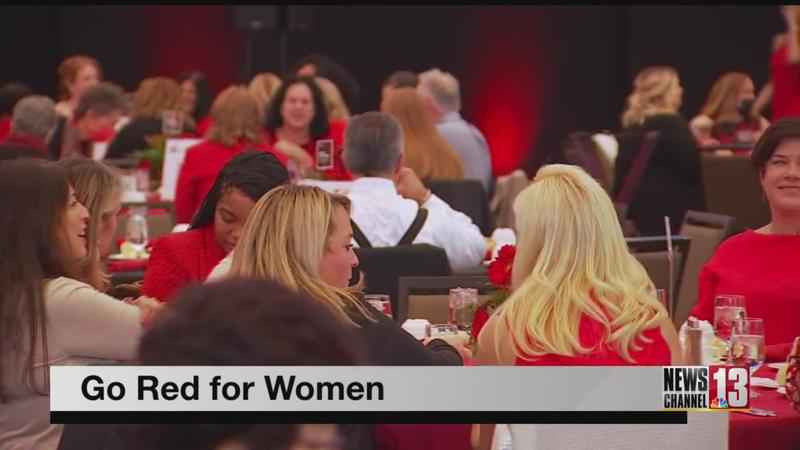 "It was scary, and I thought I might be going crazy," said Silver.

It started as headaches. Then she started hearing strange sounds and voices.

Her doctors told her it was a sinus infection.

"I’ve had plenty of sinus infections. It doesn’t feel like that," said Silver.

Right before leaving for dinner one night, she got a sinking feeling, then her sister called.

She went straight to the hospital, and couldn’t tell doctors her name or birthday.

"I had a clot and a bleed at the same time in my brain, so it was two opposing strokes," said Silver.

See how Silver’s doing now by watching the video of Subrina Dhammi’s story.