Gov. Hochul is signaling that she is open to gas tax relief in the upcoming budget.

Hochul said Friday top state officials are considering ways to provide some sort of relief at the pumps.

As NewsChannel 13 has reported, one potential idea is a suspension of state taxes on gasoline sales until the end of the year.

At the same time, several environmental groups are coming out against that gas tax suspension. 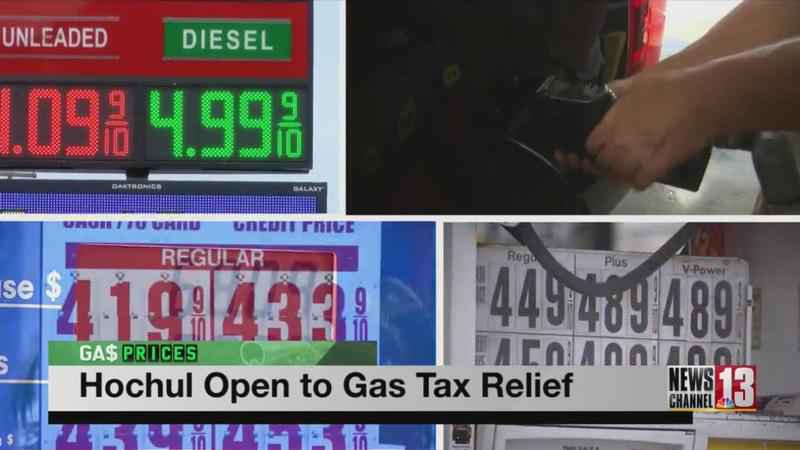 Groups from across the state released a joint statement on Friday.

They claim a "gas tax holiday" does little to help New Yorkers hurt by rising prices, and takes revenue away from road and transit investments. They also say it contradicts New York’s climate goals.