New York Gov. Kathy Hochul is taking a stand against the new abortion law in Texas.

The governor and Sen. Kirsten Gillibrand joined to make an announcement Monday morning.

Hochul says women all across the nation have had to confront the prospect that their rights were taken for granted, and that many other women had to fight for the rights they have.

The governor said the new abortion law in Texas is a tragedy. 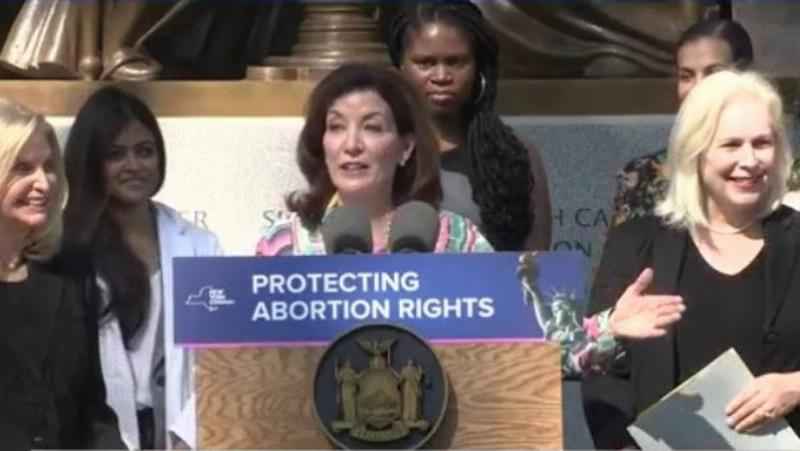 This speech happened at the Women’s Rights Pioneer Monument in Central Park on Monday.

The cutoff date for abortions under the Texas law is six weeks.

"I guarantee I did not know I was pregnant with my first child at six weeks. I actually went on a whitewater rafting trip, it turns out, at three months, because I didn’t know I was pregnant. That is the reality of real people, okay? We don’t always know. So you’re denied the choice that should be yours as a woman," said Hochul.

The Supreme Court decided to uphold the new law, and other states have shown interest in implementing something similar.

Sen. Kirsten Gillibrand says she’s working to pass the Women’s Health Protection Act, which would essentially codify Roe v. Wade. However, she says it won’t be an easy road.