GREAT BARRINGTON, Mass. – A Little League game had to be moved after their field got swamped Monday night.

When the heavy rains came down in a short period of time, the Housatonic River, which flows directly adjacent to the Great Barrington Little League complex, was overwhelmed.

The field, the dugouts, and the equipment shed took on high volumes of water. It was difficult to measure which was higher: the water level or the disappointment level of the kids.

With the major’s field unplayable, fortunately there is a minor’s field that was useable, although the dimensions were a little bit shorter, but they made do. 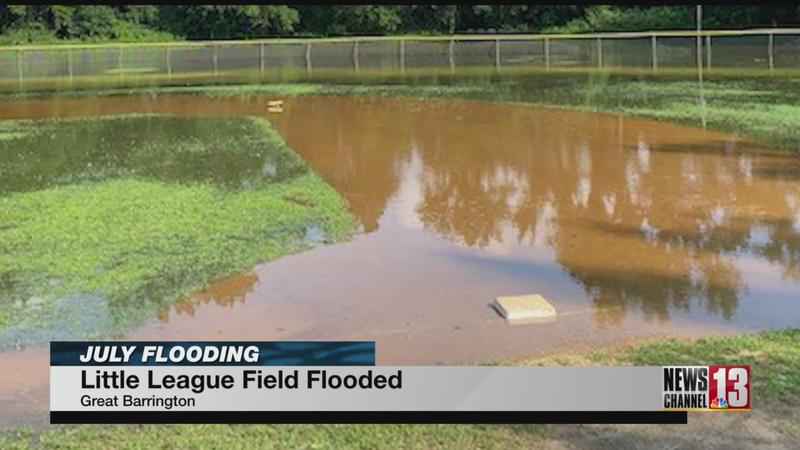 They were actually able to play the championship game at the scheduled time, although it took a great deal of team work and ingenuity to make it happen.

"We did not expect this type of flooding. We were concerned about overnight rain, standing water puddles that we could deal with. We were not prepared for the Housatonic to overflow its banks, which we obviously could not deal with," said Steve Fenig, the president of the Great Barrington Little League.

Learn about the next step by watching the video of Dan Levy’s story.