"He left school after eighth grade. His father needed him to work to help support the family," Mark explained.

Kucskar went on to support his country, enlisting in the U.S. Army in 1941. He was deployed to fight the Japanese in the Philippines. He managed to survive the Bataan Death March, but died in November 1942 as a prisoner of war.

Nearly 80 years after his death, his community is recognizing him by making sure he gets his high school diploma. Joseph also received the New York State Liberty Medal.

"I’m sure he’s bursting with pride as much as I am," Mark said of his uncle. "You just feel that sense of pride. This was my blood." 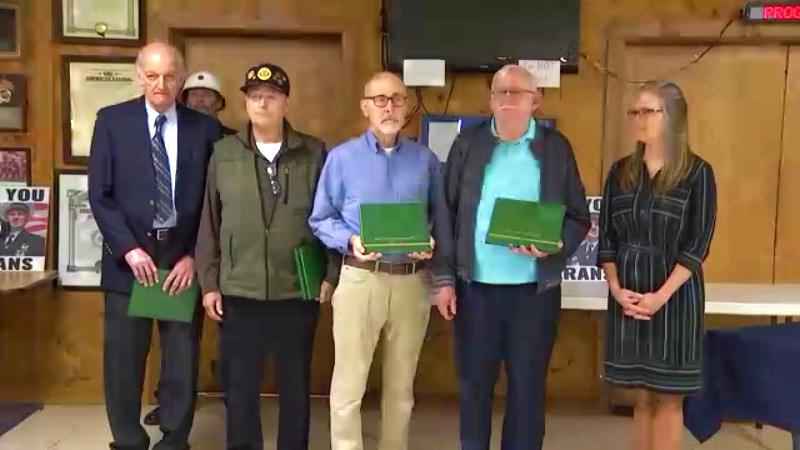 Keenan served in World War II and spent 301 days at a German prison camp before being liberated by the Allies. He lived in Green Island after the war. Gregware also served during World War II and was killed during the Rhineland Campaign.

"When these guys came back, they were men. They were not boys anymore. They had to get jobs, they got married, they were having children. There was no time." Mullins said.

Four of the five veterans who received their diplomas were also inducted into the National Purple Heart Hall of Honor, alongside nine others.