A homicide in Greene County is believed to be connected to a police chase in Saratoga County that ended with a suspect in the hospital.

It started Sunday morning with the death of a 27-year-old in Catskill. State police are investigating that case.

The homicide then sparked a chase Monday morning in Saratoga County that resulted in a crash that injured 33-year-old Jeffrey Field of Round Top in Greene County.

State police say it started just after 6 a.m. when the Saratoga County Sheriff’s Office responded to a call on Allen Road in Greenfield. A man reported someone breaking into his home and attacking him with a hammer before trying to steal his car.

After failing to steal the car, police say Field stole another car from a neighbor. 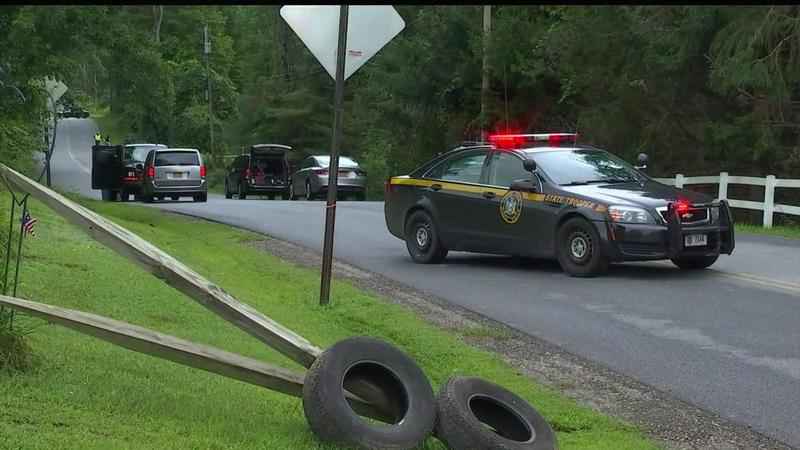 Police spotted the stolen car and tried to pull it over, but they say Field led them on a chase.

Investigators say Field eventually blocked the path of another car driving on Locust Grove Road. They say he stole that car at knife point.

A trooper caught up to Field as he tried to make a U-turn on Locust Grove Road. When Field drove toward the trooper, according to police, the trooper fired his gun. Field was not hit.

He continued driving north until he crashed into a tree near Greene Road. Field had to be airlifted to Albany Medical Center.

The sheriff’s office is continuing the investigation with the help of the state police.

NewsChannel 13 will provide updates as soon as they become available.

Was just talking to a man who lives on the road. He said he heard gunshot around 6 AM. Again, we’re waiting to get information confirmed by state police. @WNYT pic.twitter.com/3F9hLwa9SI