Hammy the pig is back home

VOORHEESVILLE – Hamilton the miniature pig goes by Ham, or Hammy.

On Thursday morning, his owner Carl says he last saw Ham at 6 a.m.

The pig usually wanders around to say hi to neighbors, but Carl says after hours of not returning to the house, the family took to social media.

Posting a help post on Facebook, neighbors, friends and strangers from near and far came out to help look for Ham.

As the search party got larger, and the hours ticked on, the crew circled back around the home, called Ham’s name and an oink. 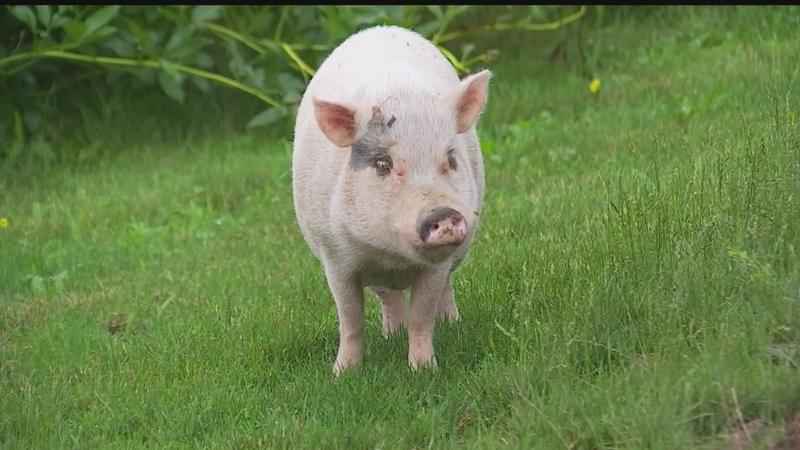 Hamilton made his way back home on his own.

Carl says Ham hates the rain and must have wandered back when the downpours started.

In all, the pig was missing for nearly nine hours.

The family’s biggest fear was that Ham suffered a seizure, the 7-year-old pig has recently had a few of them. It’s something Carl says is common for miniature pigs.

Luckily, Hamilton returned, unharmed. A little dirty, hungry and ready for a nap.