WARRENSBURG – Sections of two roads and a heavily-traveled bridge remained shut down in Warren County Monday evening. It was the result of flooding caused by a massive ice jam on the Hudson River.

What some folks view as a minor mid-winter inconvenience, others see as a typical river community ritual. When temperatures change course, the course of the Hudson River changes with it.

It’s a meteorological phenomenon folks around here have grown accustom to. 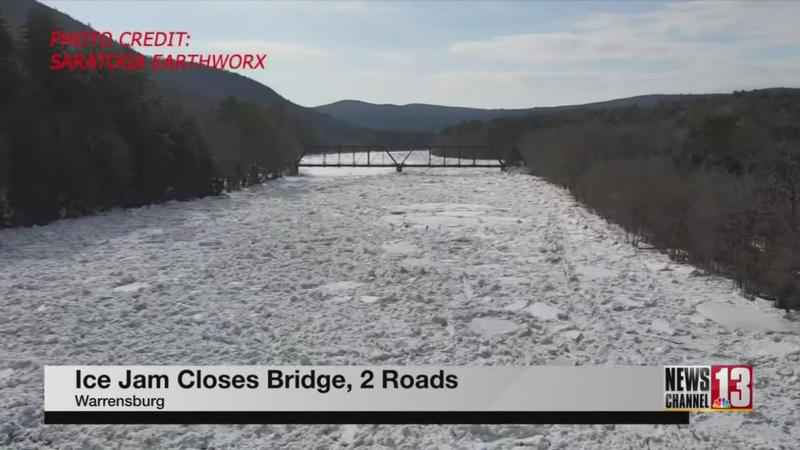 Even though water levels there have receded noticeably over the past few days, the fast moving Hudson continues to overflow its banks.
Folks here figure they’ll have a better grasp on how the rest of their winter will go 24 to 48 hours from now.

Check out video of the massive ice jams and hear from some nervous residents who know the type of damage they can do by watching the video of Dan Levy’s story.