Flooding along the Schoharie Creek is not an unusual sight in Schoharie or Middleburgh.

For Ross Guernsey, whose family owns Schoharie Valley Kayak Rentals, the high water levels have become all too familiar.

"This is our fourth time we have had to move out this season due to all the rain we’ve had. It’s been a super crazy year," Guernsey said. "We lost a lot of business this year because of all the high water, for sure it’s been tough."

Ross says he’s relieved he took his kayaks out of the creek and tied his dock to a tree before Tuesday’s heavy rainfall.

"We definitely would have lost all of our stuff and all of our gear would have been probably down the Hudson River right now," he said. 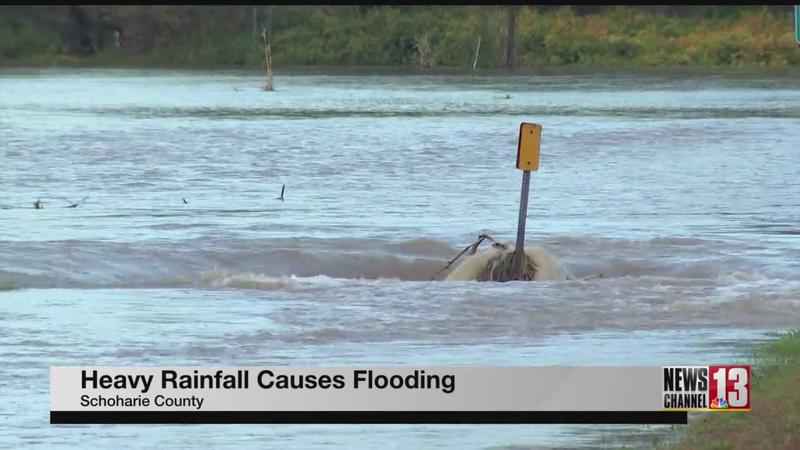 Both Guernsey and the Schoharie County Office of Emergency Services say the flooding was worse than what they expected.

Some homes had to have their basements pumped out, and the county had to close Route 30 in the village because of it.

NewsChannel 13 stopped by alongside Route 30 around 9 a.m. Wednesday. While the water was receding, the area alongside the road is still covered with water.

Still, they say this round of flooding is not as bad as it could have been.

As of 11:30 a.m., firefighters say they have reopened one lane of Route 30 in Middleburgh. Hartzel told NewsChannel 13 he had not received any reports of injuries.