The very heavy, wet and gloppy snow that fell in parts of the Capital Region late Monday night and early Tuesday morning wreaked havoc on trees and power lines. 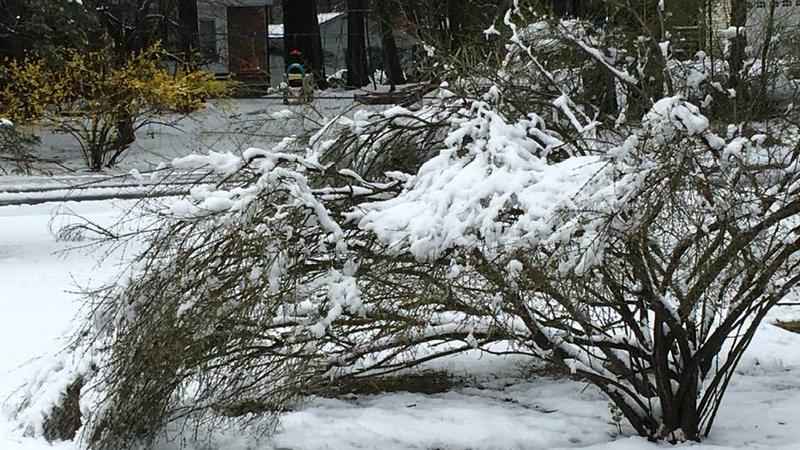 Snow weighs heavily on this tree in Guilderland.[Barbara G.]

While some people across the area have power back, others remained in the dark as of lunchtime on Tuesday.

The power outage numbers change constantly, so you can check the status of your outage by clicking the links below.

It’s snowing in April. We spotted a lot of people who pulled out the snowblower today. pic.twitter.com/QWYg0NDdNS

It’s snowing in April. Earlier I spoke to David who was shoveling snow in Johnstown. This man is 72-years-old and says he has never seen anything like this before. pic.twitter.com/bbzFfgjSMW