GREAT BARRINGTON — Berkshire County saw a lot of rain on Sunday because of Henri.

NewsChannel 13’s Jonathan Hunter was in Berkshire County all afternoon and evening covering the storm.

NewsChannel 13 stopped by a park in Sheffield. The park was right next to the Housatonic River.

While the rain was coming down hard, Dana Cummings was out walking her dog. Cummings says she was slightly concerned because of the rain they received in Sheffield last month.

"A couple of weeks ago when we had severe flooding, there was rain everywhere. This was completely covered and many of the roads were a little dangerous," she explained. 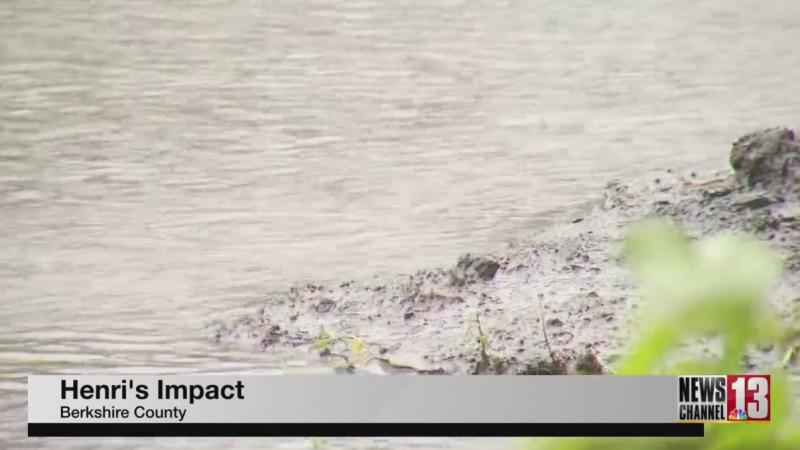 NewsChannel 13 also checked in with some local businesses in Great Barrington, which saw a decline in customers because of the rain.

Dough Ayotte, owner of Lexicon Vibes, says the rain slowed down his business. Ayotte hunkered down in his shop for the storm.

By 11 p.m. the rain had died down significantly.