RICHMOND, Mass. – Benjamin the dog is getting all the praise in Berkshire County, because the 4-year-old dog alerted the owners of Hilltop Orchards in the middle of the night to let them know something was terribly wrong.

Fire broke out in the middle of the night on Christmas because of a block heater in a tractor.

It ignited a fire, and it trickled its way to this back area of Hilltop Orchard and Winery.

It’s not the best situation to be in, but better than what could have happened. 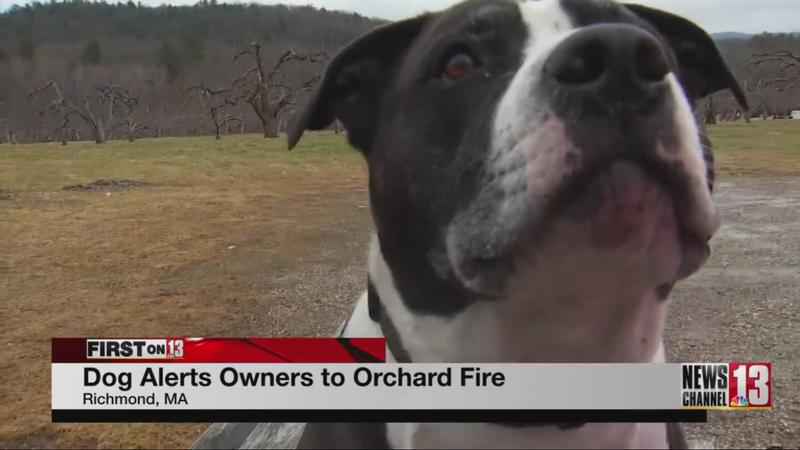 His owners and the managers of the property say Benjamin started barking at 1:30 a.m. on Christmas.

His barking woke them up, and they immediately called 911.

The managers of the orchard say Benjamin has sort of become the watch dog of the property, and barks when something seems out of the ordinary.

It sounds almost cliché, but Benjamin really did save Christmas for them.

The farm is temporarily closed for the moment.

Learn what has to happen before it reopens, by watching the video of Tessa Bentulan’s story.