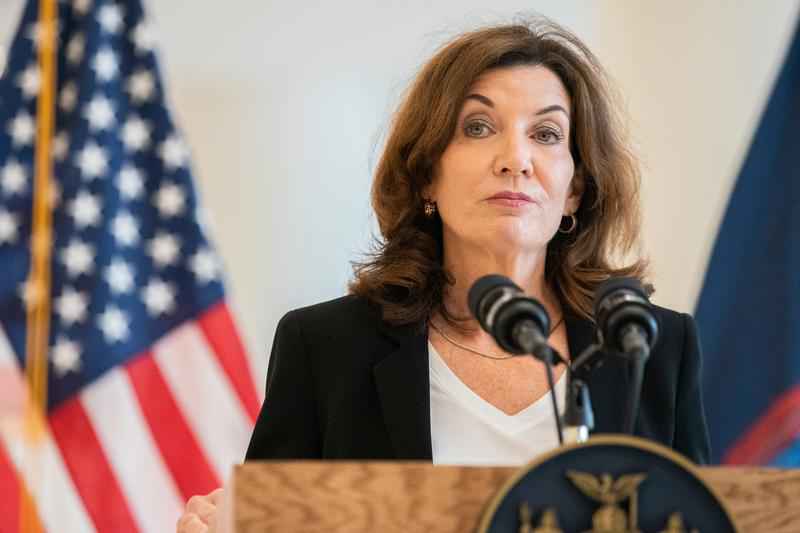 Lt. Gov. Kathy Hochul speaks to the media during a news conference at PS143, the Louis Armstrong School, Wednesday, Aug. 18, 2021 in New York. Hochul will be inaugurated governor on Tuesday, Aug. 24, after the resignation of Gov. Andrew Cuomo. (AP Photo/Jeenah Moon)[AP ]

“Karen Persichilli Keogh and Elizabeth Fine bring the depth of knowledge, leadership, and experience that it will take to meet the challenges New Yorkers face,” said Lieutenant Governor Kathy Hochul. "As Governor, I will assemble a strong team to turn the corner on the pandemic and serve the best interests of New York, whether it’s defeating COVID, getting more people vaccinated, or strengthening our economy."

Karen Persichilli Keogh was born and raised on Long Island and has her Master’s degree in Clinical Industrial Social Work from Columbia University.

She served then-Senator Hillary Rodham Clinton and Sen. Kirsten Gillibrand during her transition from the House of Representatives to the U.S. Senate.

Elizabeth Fine is the Executive Vice-President and General Counsel of Empire State Development.

Hochul says Fine has a long career in public service at the federal, state and local level.