Nearly 19 months after COVID was declared a global pandemic, Gov. Hochul directed the state health commissioner to label the virus a highly contagious disease that presents a serious risk of harm to the public health. It essentially makes the HERO Act, passed back in May, official.

The law designates the Department of Health to require all employers to implement workplace safety plans. If bosses fail to do that, the law protects workers who complain about that.

This is one of five actions taken by the new governor on this Labor Day. She also signed a bill to put cameras to catch people speeding in work zones, and a wage theft bill to make sure subcontractors get paid for the work they do with contractors.

"There are unscrupulous people out there who take advantage of others and do not pay them what they’re entitled to," said Hochul. 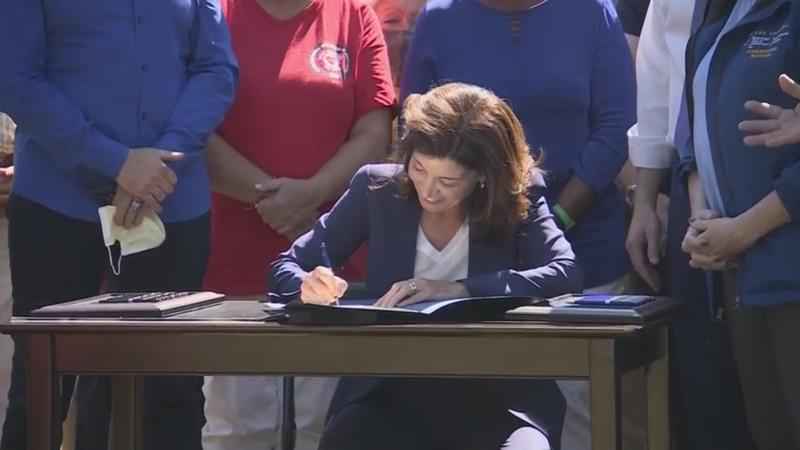 She also signed a bill to ensure people who work in new condos going up downstate get paid fairly if those buildings get tax breaks.

In addition, she signed a bill extending shared work benefits for people who lost their jobs during the pandemic and picked up part-time jobs to not lose unemployment benefits.

The governor did all of this in her hometown of Buffalo, where her family was immersed in the labor movement

"I wanted to celebrate my first Labor Day as your governor in this very community," said Hochul.

She says her lieutenant governor, State Senator Brian Benjamin, will be sworn-in on Thursday.