Hochul says her pledge to support women more has been kept

As women go to the polls, Gov. Hochul is trying to get the message out that she has taken on a number of issues that pertain to them.

When she ascended to the position of the governor following the downfall of Andrew Cuomo, Kathy Hochul wasted no time informing New Yorkers that women in leadership was something they needed to get used to.

She also pledged to support women of New York through policies and through funding.

Her report card released by her staff to NewsChannel 13 touts her achievements regarding gender issues. It included the appointment of key female staff members, to legislation she’s signed protecting victims of domestic violence from discrimination, to signing the Adult Survivors Act so that survivors of sexual assault can sue their abusers regardless of when the abuse occurred. 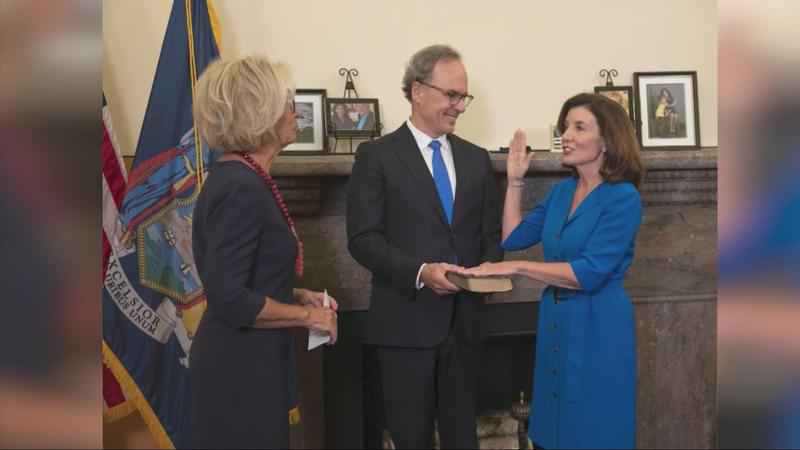 Learn more about those by watching the video of Elaine Houston’s story.