New York now has more protection for abortion providers and patients. This comes in anticipation of a Supreme Court decision on abortion rights.

That’s her response to what she calls a persistent assault on women’s rights.

"Under the first bill that I’ll be signing, we’re allowing New Yorkers to file lawsuits against people who are trying to limit their reproductive freedom," said Hochul. 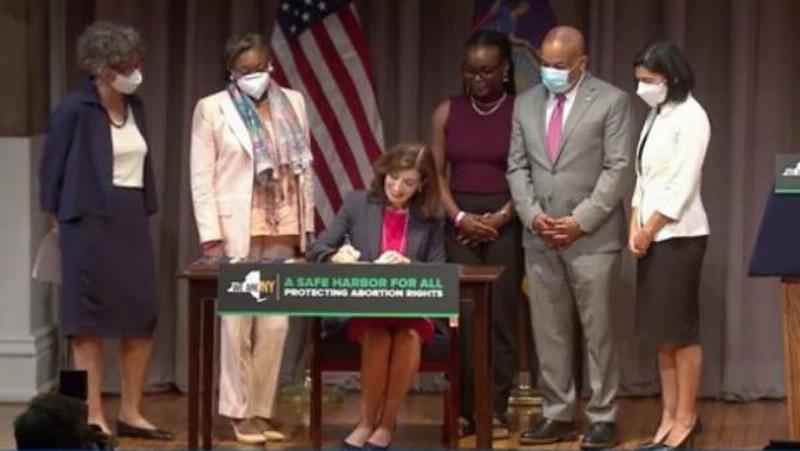 "The women of New York will never be subjugated to government-mandated pregnancies, because that’s what will ensue if Roe v. Wade is overturned by the Supreme Court," said Hochul.

This comes after the leak of a Supreme Court draft opinion last month, which showed the nation’s highest court could be about to overturn Roe V Wade. That news set off protests across the country.

The governor says this legislation will further protect basic human rights which women have fought for, for decades.
New York leaders expect many women will have to come to New York for abortions.