Gov. Hochul says she will be making an announcement on Wednesday about mask and vaccination requirements for businesses.

The mandate was reinstated in mid-December by the state health commissioner. It requires masks in schools, health care facilities, homeless shelters, jails, public transportation, and in any indoor public area where vaccination wasn’t required for entry.

It was supposed to expire on Feb. 1, but was recently extended to Feb. 10 by Hochul. She also had said she would now evaluate the mandate every few weeks, instead of months.

An appeals judge recently restored the mandate, overruling a state judge who said Hochul’s administration lacked the constitutional authority for it.

Hochul’s push to her Wednesday announcement comes as New Jersey Gov. Phil Murphy announced that the mask mandate for kids in schools will be lifted on March 7. Hochul was asked if something similar could be coming to New York soon. 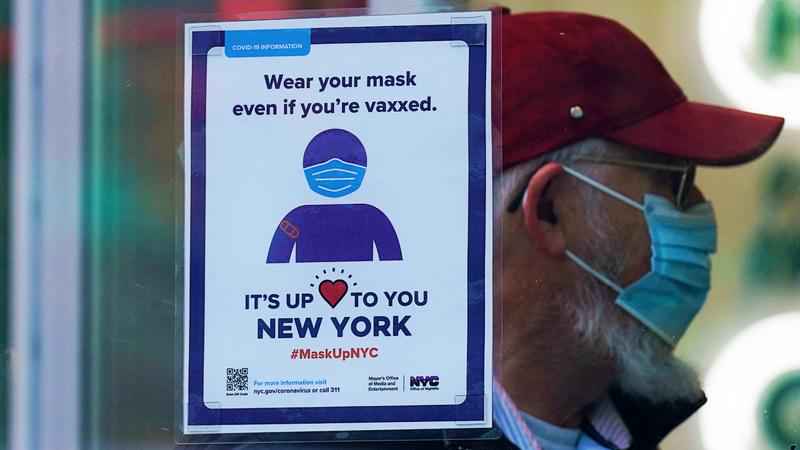 A sign reminds customers that masks are required in their store in New York, Monday, Dec. 13, 2021.[AP Photo / Seth Wenig]

"That doesn’t mean we won’t get to that place, but it’s just premature at this time to talk about it," she later added.

Hochul says she has also been talking to school superintendents and hospital leaders.

She once again urged parents to get their kids vaccinated.