We’ve seen a lot of changes with the pandemic – homeownership being one of them. While there’s no place like home, finding one in the current market is nearly impossible.

Dan McCormack had a plan. He was going to build a home. It was supposed to cost about $150,000 to build. That was a year ago. Things have changed.

McCormack now has a new plan. 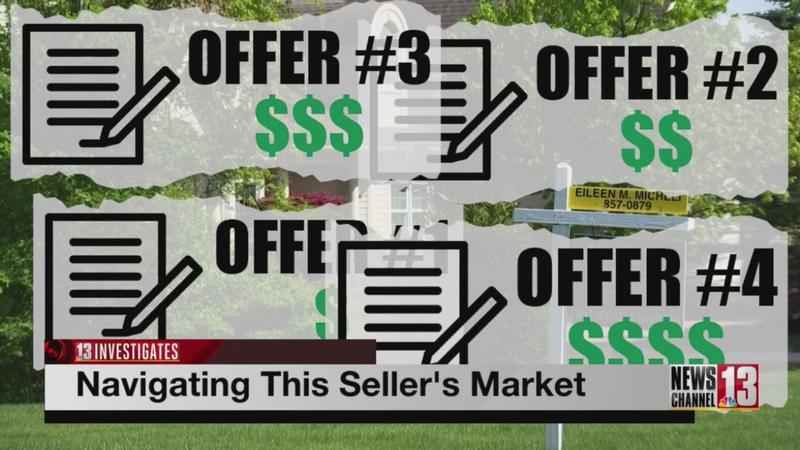 "For now it’s just on hold until everything comes down, because it’s just too high for me to afford," he said.

While people like McCormack are seeing the increased costs and saying, "I’ll wait it out," others are forging ahead – some with smaller homes – that are still costing more than they budgeted for.

Amedore says experienced workers are hard to find right now and supply costs for just about everything are way up.

He says some customers have told him they can’t afford what they originally wanted to do.

"Three customers this week tell me they are going to have to put their plans on hold, maybe wait a year," he said.

In one example, the projected cost of a new home increased by $50,000 just a few weeks after the buyer signed on the dotted line. Amedore says he’ll still honor the contract and eat the added expense.

Attorney Jennifer Dominelli of Smith Dominelli & Getty says not every builder will do that. Most contracts allow for changes in the price if construction costs increase beyond a builder’s control.

"If somebody’s on a very tight budget and looking to buy right now, new construction may not be the route for them because it’s questionable what the costs are going to be because there is fluctuation," she said.

The real estate market is not immune to such spiking costs. Bidding wars and inflated offers have become common.

In fact, Dominelli says not only are more clients buying houses – they’re wanting contracts drawn up and approved fast.

That’s because second, third and even fourth offers are rolling in during contract review. If they offer more money, the early bird does not get the worm.
What’s a would-be buyer to do? Dominelli says it’s just too competitive to go it alone right now. A realtor can help keep your offer reasonable.

If all else fails, give it the personal touch. Present your offer with a letter explaining why you want to live in the home.

Dominelli says telling the seller about yourself is sometimes very effective and might make your offer more attractive over someone else’s.

What if you want to build something new instead of buying an existing house? Know the expectations you’ll need by watching the video of Jerry Gretzinger’s story.