Hundreds of activists march in Albany calling for universal healthcare

ALBANY – Hundreds of activists marched to the state Capitol on a very hot Monday, demanding the Senate and Assembly vote to pass the New York Health Act.

They are calling for a universal plan so that everyone is equally covered.

According to the activists, based on estimates on the economics of the New York Health Act from the Rand Corporation, the state will see at least $11 billion in annual savings compared to the current for-profit system. 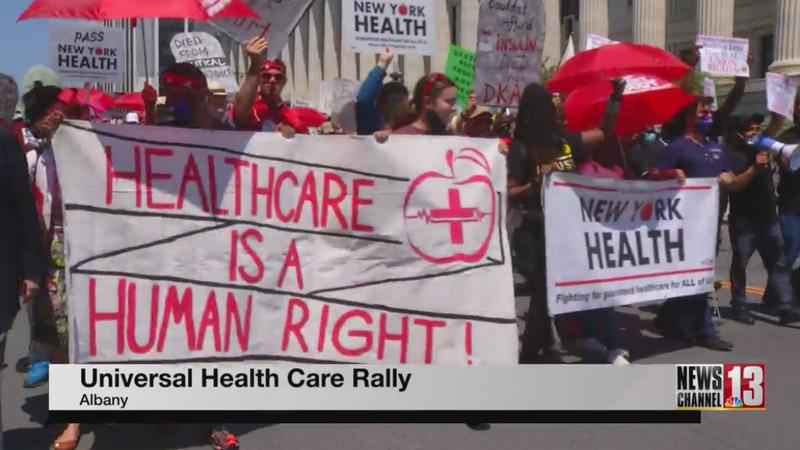