Hundreds of rare cars to be auctioned off in Saratoga Springs

SARATOGA SPRINGS – If you’re into classic cars, you might want to roll into Saratoga Springs this weekend. Hundreds of rare cars will be up for bid at the annual Saratoga Motorcar Auction.

The auction attracts buyers and sellers from all over the world who spend between a few thousand and a few hundred thousand dollars to own their dream car.

There are 300 of them in all. Classic Corvettes, three-wheeled BMWs, a 1965 Mustang K-Code, and even a 1990 Cadillac Allante convertible that was donated to auction.

The whole thing takes place under tents across the road from the SPAC Route 50 lot.

After a year when spectators were kept out by COVID, people can bid in person this year, or tune in online and simply watch or place a bid. 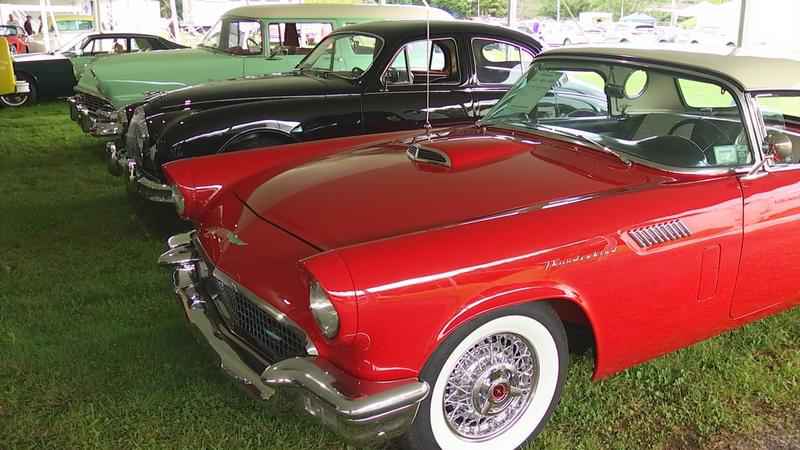 Being held in late September helps drive visitors to the area at a traditionally slower time for tourism.

This is the fifth annual auction and the biggest fundraiser of the year for the Saratoga Auto Museum.

"It helps with our educational programs, and just keeping the museum alive. And it’s also great to get so many people interested in the auction. We’re the only live auction in New York State, so it’s just fun for people to get out and see what we have available," said Carly Connors with the Saratoga Auto Museum.

The auction is held Friday and Saturday and for those cars that aren’t sold, there’s a sale on Sunday.

Check out some of the more classic cars up for bids by watching the video of Mark Mulholland’s story.