The tracks run alongside West Street and are owned by Pan Am Railways.

As first reported by the Times Union, neighbors say that while trains used to sit on the tracks every once in a while overnight, it’s all the time now. They say that sometimes the trains are hauling trash and when they sit idle, you can not only smell the garbage, but diesel from the trains running.

"Everybody in the neighborhood can smell the garbage. In fact, the last time it happened, they called the fire department because they thought there was a gas leak. So we’re wasting resources because these guys are parked on the tracks," said Mark Wells of Mechanicville.

"People can’t even open up their windows no matter what the season, and now, there’s not just one engine or two or three. There’s six and seven engines running, and that’s a lot of air pollution," said Stillwater Supervisor Ed Kinowski. 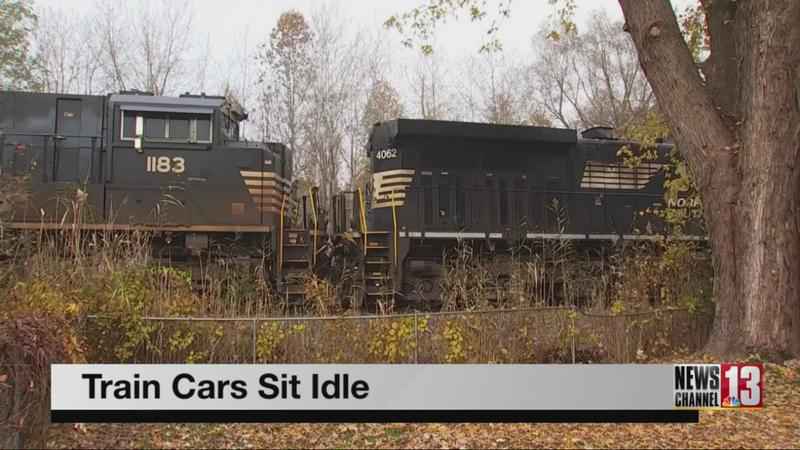 The supervisor says Pan Am told him the reason they’re stopping on the tracks is that trains have gotten longer, and they need to pull ahead to ensure they’re beyond the switch tracks.

Kinowski also says they have reached out to the state Department of Environmental Conservation to do an air quality study.

The DEC sent News Channel 13 an email response to our inquiry stating:

On Oct. 19, DEC Spill Response and Remediation staff visited the vicinity of West Street in response to a complaint of a potential spill and to listen to concerns about the trains being temporarily housed in the neighborhood. No petroleum spill was observed and staff later followed up on the concerns related to smell with additional DEC experts. Upon review of the issue, DEC determined it does not have jurisdiction due to federal authority for waste transit under the Federal Railroad Act. DEC has contacted federal railroad authorities about the community’s concerns.

NewsChannel 13 reached out to Pan Am and DEC. We have not heard back.