Did you ever watch a TV show or movie and think to yourself the costumes are incredible? For example, a period piece set in the 1920s, 1950s or 1970s.

Where does Hollywood find the vintage threads worn by stars like Tom Hanks, Leonardo DiCaprio, Jennifer Hudson and Nicole Kidman?

The answer is going to surprise you. It’s North Lake Avenue in Albany.

Within a nondescript warehouse in a tougher part of town is the Capital City’s connection to Hollywood glitz and glamour. Floor after floor, and rack upon rack of vintage clothing. 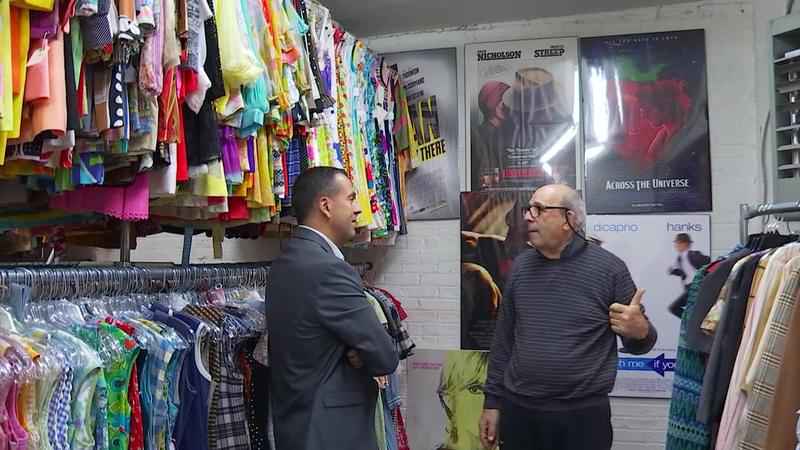 Nearly half a million pieces that costume designers from New York to Los Angeles have relied on to outfit their TV shows and movies.
It’s called Daybreak Vintage Rentals. It’s owned and operated by David Orenstein and his wife Maureen.

"Our major biggest competition is in LA," said Orenstein.

About 50 years ago, Orenstein got the idea to open a vintage clothing shop in Altamont. Their collection was impressive, and drew the attention of designers like Ralph Lauren, looking for inspiration.

"Early to mid-80s to the 90s, you could see like in ‘Vogue Magazine’ they were copying the stuff. There was a lot of vintage in there," said Orenstein.

Here’s one you have to see. I stumbled across a place in Albany that I guarantee most people have never heard of before. What will surprise you most is it’s connection to your favorite TV shows and movies. Today at 4 on @WNYT pic.twitter.com/XYrkFh5bSf

"We had been selling to other costume companies, and so we just said ‘Well, I think we can do this,’" said Orenstein.

They officially switched from retail to rental 20 years ago, and now Daybreak is one of the top costume suppliers in the country.

They’ve outfitted the casts of "The Marvelous Mrs. Maisel," "Catch Me If You Can," "White House Plumbers," and upcoming blockbusters like Steven Spielberg’s remake of "West Side Story" and "Being the Ricardos."

Orenstein says the most sought after decade right now is the 1960s.

Learn where they found all this vintage clothing, and hear some stories about stars who’ve called during dinner, desperate to buy an outfit they wore in a movie, by watching the video of Jerry Gretzinger’s story.