NewsChannel 13 has confirmed an outbreak of COVID at the Albany County Correctional Facility. Sheriff Craig Apple says there are 52 cases among 468 inmates and 18 correctional officers with the virus.

A family member of one of the inmates is raising concerns that the jail isn’t doing what it should to contain the spread of COVID.

“Enough is not being done to keep the inmates safe,” she told NewsChannel 13.

We met Diane—the inmate’s relative—at her home. She only wanted to be identified by her first name, as her relative fears they will face retaliation. She’s concerned because her family member says the correctional officers are not wearing masks and the place is not being cleaned properly. She also says her relative is serving food to COVID-positive inmates. 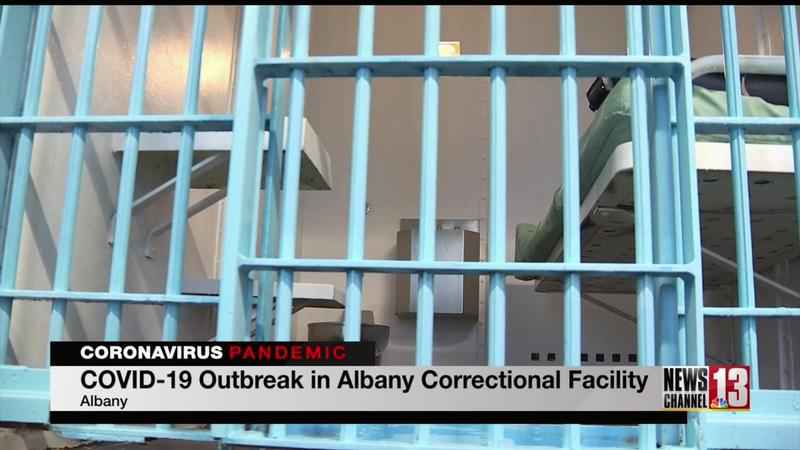 The relative called while we were speaking with Diane. They asked whether law enforcement would consider letting low-level offenders out because of the outbreak.

“There really are no low-level offenders in the jail anymore, unless they are sentenced to the jail. Bail reform kind of took that away. So now we have the more violent individuals,” said Apple.

But Diane’s relative is in the first category—sentenced to the jail for a misdemeanor. The relative explained to NewsChannel 13 that they’ve turned their life around since getting in trouble back in 2019, but only recently started serving their sentence due to the court backlog.

“When you’re a mother, or a parent, you want your child to be safe. When they do wrong, yes, they have to pay for it, but they still deserve to be treated properly,” Diane said.

But the sheriff says the jail staff are treating inmates properly, wearing masks except when eating and drinking. He says they’re doing their best to keep everyone separate.

“We’re trying to keep everybody with the groups that they’re housed with, that they work with, and keep people from commingling. The inmates do deliver food trays, but they don’t have contact with the other inmates,” he explained.

Sheriff Apple called the situation "problematic," but he believes the number of COVID cases will come down.

"Due to spreading everybody out, and trying to quarantine and keeping the positives with the positives and those with contact exposure, keeping those together, and also trying to keep the other inmates safe at the same time, it’s become problematic. But we have everything under control, I think we’re on the downside now,” he said.