WATERVLIET – Is it an ungodly stain or a divine message created by the Creator?

Father Stepanos Doudoukjian, parish priest at St. Peter Armenian Church in Watervliet, is a true believer the wet image that welcomed parishioners on the church floor Easter morning was none other than Jesus Christ, the Son of God himself.

Doudoukjian says he opened the glass enclosed doors around 8:30 a.m. Easter morning when he spotted the miracle. He says the image appeared before the faith-filled community and lasted until about 11:15 a.m. when it began to fade. 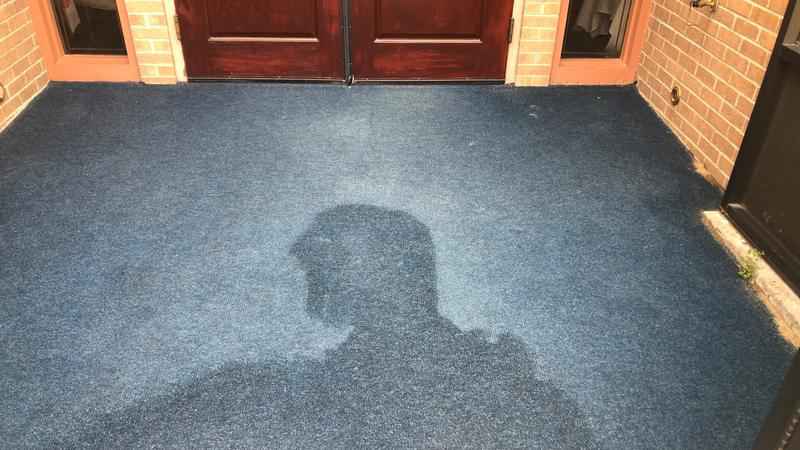 This image appeared at the entrance to St. Peter Armenian Church in Watervliet on Easter morning. [Father Stepanos Doudoukjian]

"It was an Easter miracle and an apparition of the Lord," Doudoukjian stated. "Many of our faithful were awestruck by this as well and made the sign of the cross and thanked God upon entering."

The church community burned incense in the entryway as a sign of holiness.

"With all the ugly, evil, war and sickness in the world," Doudoukjian said, "perhaps what we need is the face of Jesus to assure us of God’s love."

Hear reaction from people who say the stain is definitely a sign of something, and those who are also a bit skeptic by watching the video of Dan Levy’s story.