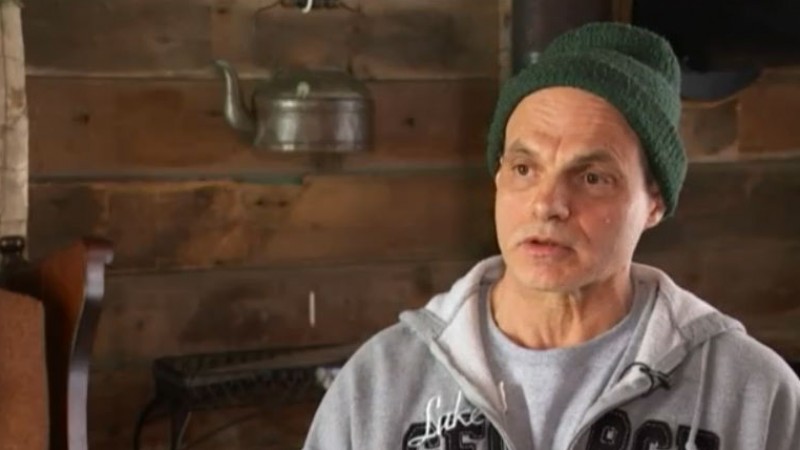 ARGYLE – His new home isn’t very big, and its only bathroom is an outhouse. However, Joel O’Keefe, the former prison inmate, likes his one-room cabin in Argyle for what it doesn’t have — bars on the windows and razor wire beyond its walls.

“It’s a lot better being here than being in prison and having to live in a cell,” O’Keefe said.

O’Keefe stayed in prison past his conditional release date because state parole didn’t approve the first few places he proposed to live and people were afraid of the man who served 23 years for burglary and escape.

“I just want to be able to get along with everybody. All my neighbors, just do the right thing,” O’Keefe said during an exclusive interview Wednesday at his cabin.

O’Keefe, who is now 58, told me he’s more mature than the man who bolted from a state police car in 1994. He was the target of a 14-day manhunt through Saratoga and Washington counties, which ended when he was picked up in a Bennington Subway shop.

“Of course to the sub shop over there, I bought the famous meatball sub that everybody talks about,” O’Keefe laughed.

During a 30-minute interview, O’Keefe described using bolt cutters he found in a Salem barn to remove his handcuffs and riding a bicycle from Salem to Vermont.

O’Keefe says he was unaware that hundreds of police were looking for him and his escape was the top story on the evening news for two weeks during September and October of 1994. “I didn’t realize it was quite as big a deal as it was at the time. It wasn’t until later on that I found out just how big of a thing it was.”

He was sentenced to 10 to 20 years in prison for burglary, weapons possession and escape, but his sentence got longer because he tried to escape from prison twice.

“I regret that. I ended up wasting a lot of years in there unnecessarily.”

For years, police have labeled him a person of interest in two unsolved murders in Washington County in 1988. He insists he had no role in them.

“No I didn’t. I didn’t have anything to do with that,” O’Keefe said, noting he’d done some work for one of the victims, Fred Pauling. “There’s really nothing else I could say about what actually happened with him. I don’t know what other problems he might have had with other people or anything like that. I mean he was from New York City. I really don’t know what else he had going.”

Joel O’Keefe’s whereabouts are monitored 24 hours a day by a GPS ankle bracelet. He has to be at home from 8 p.m. to 8 a.m.