NEW YORK (AP) — A New York judge found former President Donald Trump in contempt of court Monday for failing to adequately respond to a subpoena issued by the state’s attorney general as part of a civil investigation into his business dealings.

Judge Arthur Engoron ordered Trump to pay a fine of $10,000 per day.

“Mr. Trump, I know you take your business seriously, and I take mine seriously,” Engoron said before issuing the ruling from the bench in a Manhattan courtroom, following a hearing.

New York Attorney General Letitia James, a Democrat, had asked the court to hold Trump in contempt after he missed a March 31 court-imposed deadline to turn over documents.

#BREAKING: In a major victory, a court has ruled in our favor to hold Donald Trump in contempt of court.

Donald Trump must pay $10,000 per day for every day that he continues to defy the court’s order to turn over documents to my office. https://t.co/AFAPPrnce4

Trump, a Republican, has been fighting James in court over her investigation, which he has called a politically motivated “witch hunt.”

Trump spokespeople did not immediately respond to a request for comment. 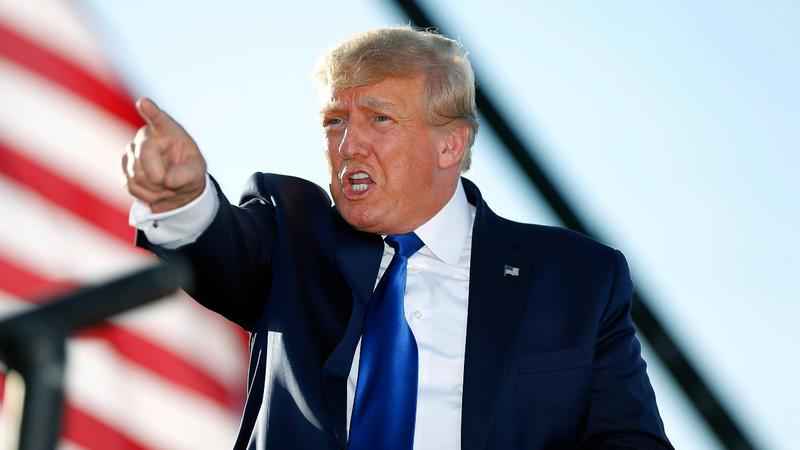 Former President Donald Trump speaks at a rally at the Delaware County Fairgrounds, Saturday, April 23, 2022, in Delaware, Ohio, to endorse Republican candidates ahead of the Ohio primary on May 3.[AP Photo/Joe Maiorana]