Closing arguments wrapped up Monday in a trial NewsChannel 13 has been covering closely.

Georgios Kakavelos is accused of murdering a woman who worked in the sub shop he owned in Johnstown.

It’s the culmination of a trial that has been going on for six weeks.

Monday was a long day for the jury.

Kakavelos is accused of murdering Lamont in October 2019 by paying another man named in this case, James Duffy to help him kill Lamont. 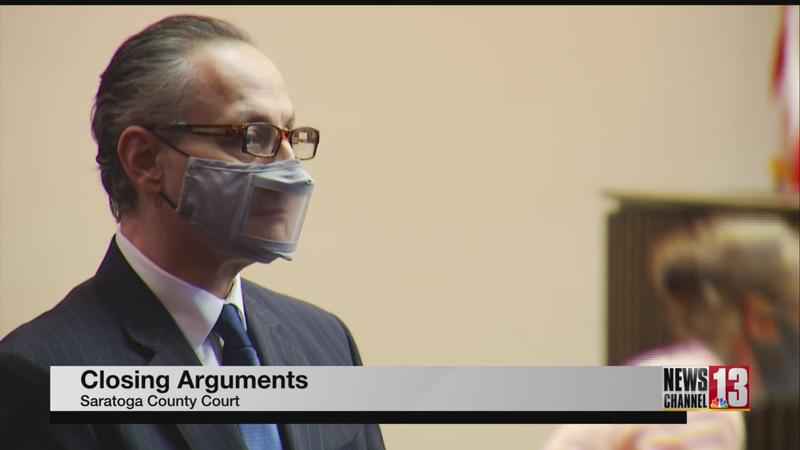 Her body was found on the side of the road off the Northway Exit 13 in Malta.

This is a gruesome case, and the jury once again had to hear those details of how Lamont was killed.

Attorney O’Brien once again tried to make the case that Duffy was the aggressor, and is the only one who killed Lamont.

He says his client, Kakavelos, is also a victim in this case, and feared for his family’s life.

The prosecution has been painting the picture of the Kakavelos who police arrested, the man they believe is a murderer.

The jury is due back Wednesday morning for final instructions from the judge. Then deliberations will begin that afternoon.

If convicted of first-degree murder, Kakavelos could be sentenced to life in prison without parole.

Learn about some of what was said in court by watching the video of Subrina Dhammi’s story.