Keeping the light flickering for Destiny

COLONIE – The overriding sentiment Sunday night at Walker Field, on the Shaker High School campus, summed up best by a school guidance counselor, was that Destiny Greene’s loss is immeasurable to friends and family, but so is the love she left behind.

"Forever and always you have changed my life forever and many others," said Riley Strand, a long time friend, "When we all come together, despite the differences, the stigma, the stereotypes, despite everything going on in the world today, and just live and enjoy life together with what we’re given and what we will learn, we will be living up to her name: Destiny."

Another longtime friend, Preston Frazier said the sadness that filled the stadium would be unacceptable to Destiny.

Brenna Schilling said she had trouble finding the right words to describe how good a person Destiny was. 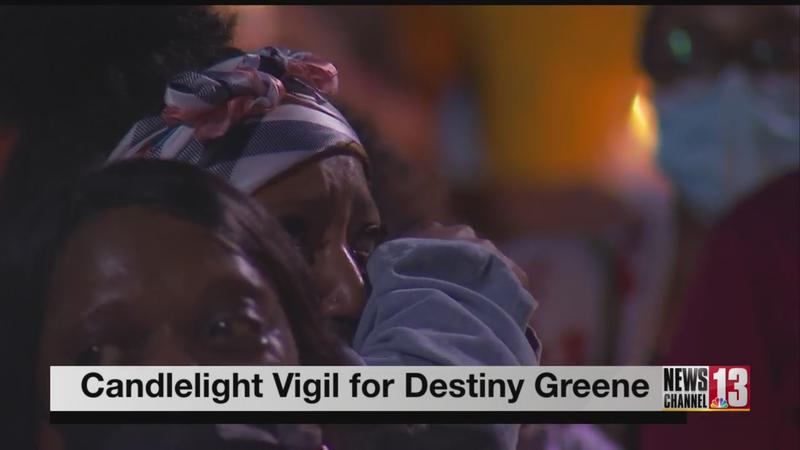 "I just want to say to Destiny because I know she’s listening, I love you so much Destiny and I know you’re going to be with us forever and you were just such a bright light in this world," Schilling exclaimed, "And even though you’re not here, that light is still shining."

Destiny’s older sister Elijahnae says Destiny was "awesome and wonderful" and wants to make sure Destiny’s name lives on forever in ways that are transformative and meaningful to society.

"My sister’s death was a revolution," Elijahnae declared, "Hopefully it could have some impact in bringing the gun violence issue slowly to eventually ending in Albany."

Destiny Greene was one of six people murdered in Albany in the month of May. As of Sunday night, police have not made any arrests in the case.

Meanwhile, Destiny’s mother, Tareen Lynch-Greene, said she’s in the process of putting together a scholarship program at Shaker in her daughter’s name.