TROY – Monday marked the first day of school at many schools across the country, including La Salle Institute in Troy. This year at the Catholic school is different.

In addition to slacks and loafers, there are skirts and knee socks.

The school admitted its first class of young women since its founding in 1850.

There are more than 60 women admitted.

FIRST FEMALE STUDENTS: La Salle Institute in North Greenbush welcomes female students for the first time in its 171-year history. Hear from some of the female students, coming up tonight on Channel 13. pic.twitter.com/ld99mbTS7h 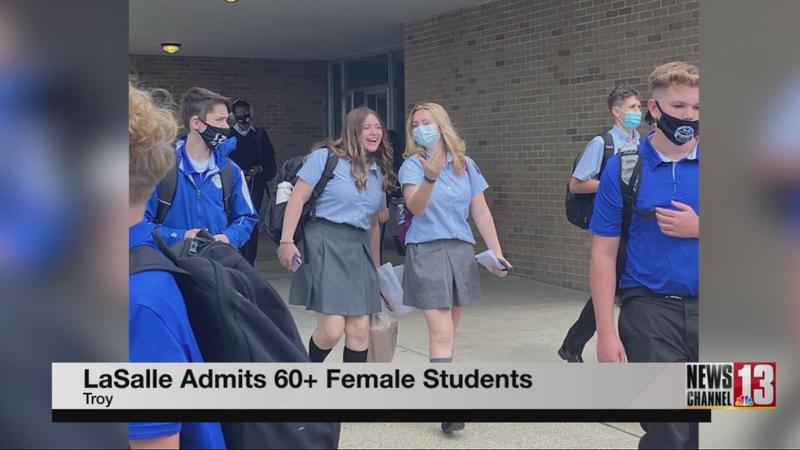