A Lake Luzerne man is lucky to be alive, after his tractor-trailer went off the road and into a river in Vermont.

Police say they were called to Route 131 in the town of Cavendish, Vermont just before 3 a.m. Tuesday. That’s about an hour from Manchester.

They found 77-year-old Donald Darrah standing on top of his tractor trailer, which was on its side in the Black River.

Multiple crews had to rescue Darrah from the river.

He told police he was going around a snow-covered corner, when he lost control. 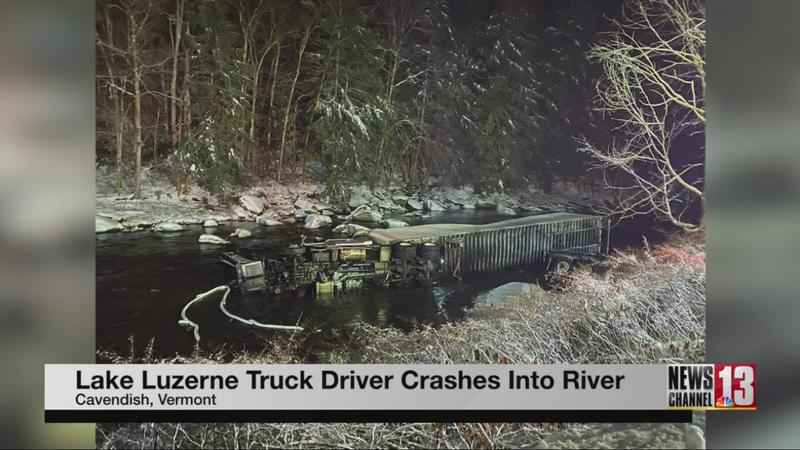