Locals are speaking out about the dangers of a busy intersection after a man was hit and killed by a car Sunday night on a busy state road in Latham.

Police said around 7:45 p.m. Minehan was crossing the street, when suddenly he was hit and killed by a car. According to police, the driver of the car immediately stopped to check on Minehan. Minehan was pronounced dead at the scene.

So we decided to check out that intersection to see if there are safety concerns. That’s when we met Roman’s Pizza, Delivery Driver Mary Jane Contakos who calls the street haunting. “There’s always accidents. I work here until 9:30 at night, and just a couple weeks ago there was an accident, and there were three ambulances here,” she said. 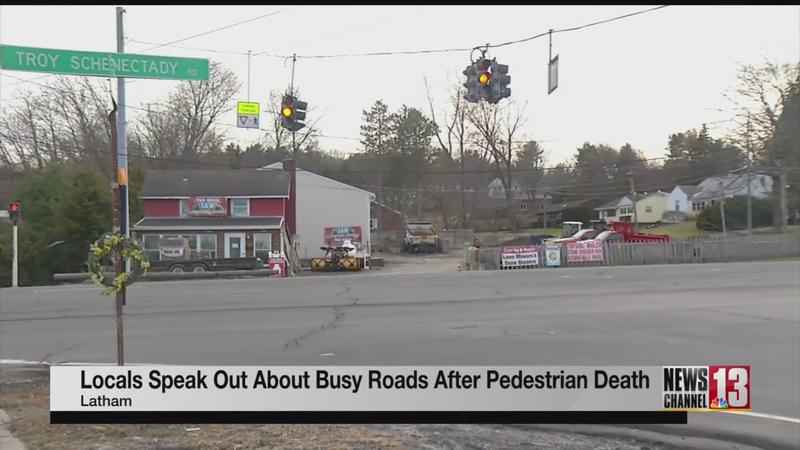 Mary Jane said even in her car, she’s waiting at least ten minutes to make a turn. She said she’d never cross it at as a pedestrian at night. “I just feel like something bad always happens on this street. It’s just like cars are going so fast they don’t really care, they think it’s a highway, but it’s not,” she said.

A couple blocks down, hair stylist Melissa Halse at Simply Irresistible Salon said she lost a friend on the busy intersection last year. “It was devastating totally devastating, she said. Nick Huban that owns On the Farm was out, unfortunately, at night blowing his leaves and a car came out, did not see him, and killed him,” said Halse.

Speed and lighting are issues, both feel makes the road intimidating. “It’s kind of dark and there’s a hill so you can’t really see what’s going on and people just usually speed," said Mary Jane.

Police are still investigating, but they said at this point it appears to be pedestrian error.