Lawmakers say construction on the Glenville bridge can’t happen soon enough. NewsChannel 13 told you Monday about another truck that hit the bridge. We reported back in November that construction was set to start in December to keep people from hitting the bridge.

State Senator Jim Tedisco (R-Glenville) says Monday’s crash on the bridge on Glenridge Road in Glenville is just another warning sign of how urgent this problem is.

“If you’ve seen the last hit that took place, that really just tore that truck apart. A family or an individual could definitely lose their life,” Sen. Tedisco said.

It’s been expensive for the town in his district, and Glenville has implemented a fine to account for the hours of police assistance needed when a truck doesn’t hit the bridge and needs to turn around.

But Tedisco believes lawmakers’ hands are tied. The Department of Transportation owns the road, and Canadian Pacific owns the bridge. 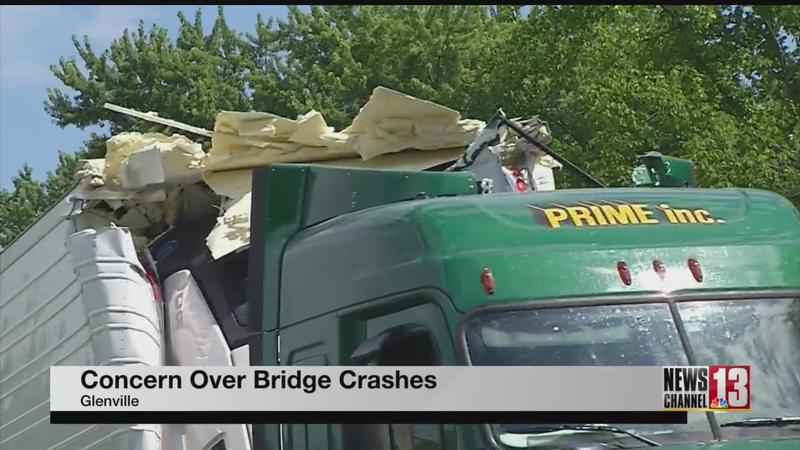 But the solution they all agreed on has two parts. The first is to install a laser that measures vehicles and activates flashing lights if a truck is too big. The second is a turnaround lane on both sides. Right now, the poles and electricity for the lights are installed.

But both solutions are not expected to be in place until late this year or early 2023. And they’re not foolproof.

“There is the possibility that there could still be a bridge strike. But I think this mitigates it to a great extent. It’s been used across the state of New York,” Tedisco said.

He fears that much like the truck drivers hitting the bridge, the state and the bridge owners are missing the warning signs.

After NewsChannel 13’s interview with Sen. Tedisco Tuesday evening, we reached out to Canadian Pacific asking whether they’ve considered rebuilding the bridge.

A spokesman for Canadian Pacific says, "New York State DOT permitted CP to construct the current bridge in 2012 over Glenridge Road. The structure complies with all regulations. Motorists are responsible for obeying road signs and traffic laws. If NYSDOT wants to raise clearances for motorists on Glenridge Road, CP is willing to work with the agency to accommodate the necessary work."