For Colleen Gattuso — Galentine’s Day isn’t just about showering her friends with love. She says it’s about giving back, and thinking about people who do not have as much as you do.

Seven years ago, Gattuso had a small Galentine’s Day party — and asked each friend to bring an item to donate to the Shelters of Saratoga.

The idea took off, and has changed over the years.

This year and last year’s event took place as a drive-thru at Dakota Ridge Farms in Ballston Spa – a place full of laughter, love, and a lot of llamas – which are therapy animals.

This isn’t your typical collection drive event. Anyone who comes through and donates a needed item can drive through the decorated farm and visit the main attractions. Those are the llamas, which are therapy animals that put smiles on peoples’ faces. 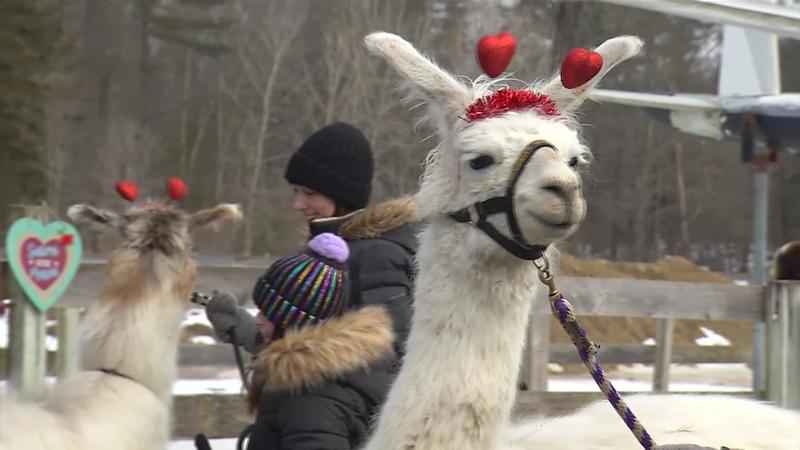 During last year’s event, a two horse trailer was filled with items for the shelter.

While Gattuso and Dakota Ridge Farm owner Katrina Capasso say it is all about giving back — it’s also about putting a smile on someone’s face.

They also hope it inspires others to make the world a better place.

Learn more about the llamas, and a simple thing you can do to get your friends to help the cause, by watching the video of Sam Hesler’s story.