The pandemic has disrupted nearly every aspect of the global supply chain. Businesses nationwide and here at home are being affected.

Local restaurants and small gift shops are having to wait awhile to get certain items. However, they are continuing to push through to please their customers.

It was a calm evening Sunday inside Savoy Taproom. While the customers were enjoying their meals, staff members say it’s been a struggle to get the items they want on time.

"Normally they would take a little while to get here. Normally I order on Monday, and it’s here on Tuesday. Now, I order pretzel buns on Monday, I may not be able to get them until two Fridays from now," said Dean Hillicoss, the executive chef of Savoy Taproom.

Hillicoss says they have had a hard time getting things like salmon, anchovies and tomato sauce. Due to the delays, they took things off the menu. They’ve also had to increase the prices of some of their items. 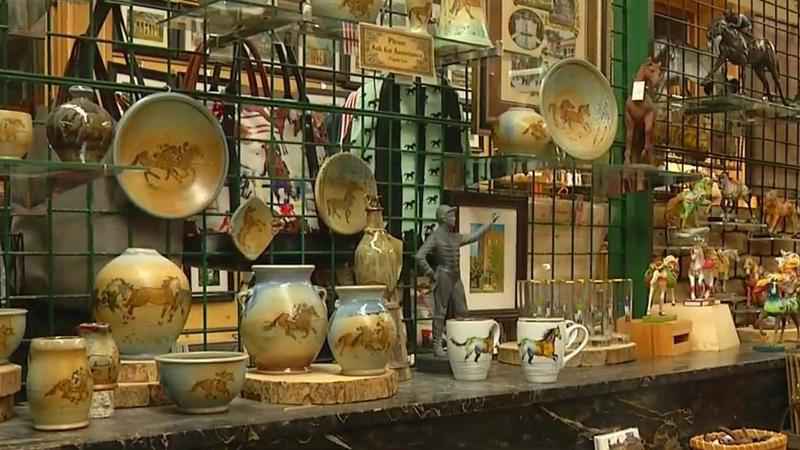 "If we can’t get broccoli in one day, we change the menu. We also have to tell the customers to change it all up. It’s get difficult all the time," said Hillicoss.

Over in Saratoga Springs, the gift shop Impressions of Saratoga has been impacted as well.

"Just today we were ordering some holiday mugs, sold out, sold out. Everything is sold out," said Marianne Barker, one of the co-owners of Impressions of Saratoga.

Barker says in the past it would take a week for some orders. Now it’s taking months.

"The Briar Horses, we’re probably six months behind on some of those. Some of our toys are made overseas are taking a very long time," she said.

Barker says they have managed by sourcing people that make things locally. She’s optimistic as the holiday season approaches.

"I think we’ll be ok for Christmas. We’re not going to have everything that we like to have. But we’re going to have enough to get through," she said.

Barker says while they have seen increases in their shipping costs, they haven’t raised their prices. She says she doesn’t want to gouge their customers.