New York State businesses are reacting to the state mandate for indoor mask-wearing that starts on Monday.

Depending on the business, each one had very different things to say about the new mandate. Truly Rhe, a local retail shop in Troy, said it’s no shock to them.

"Our circumstances change, but we modify. Which is what we’ve been doing for the past year and a half," Rhe Potenza said, the owner of the store.

Potenza said if people don’t follow the mask mandate, they can’t come inside her store. 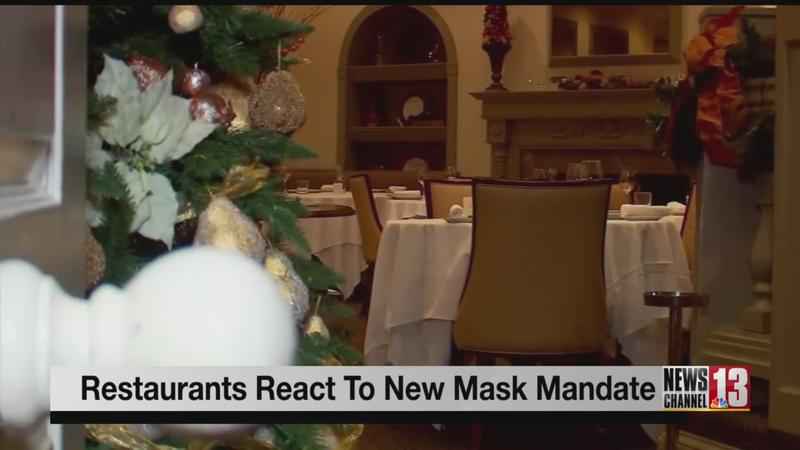 "That’s the way it will be, and if they do not want to wear a mask, then they’ll have to not shop in this shop."

Even though local businesses understand why there is another mandate, Dominick Purnomo, the owner of Yono’s in downtown Albany, said it’s putting a strain on the restaurant industry that’s already stretched thin.

"It does put a strain on restaurant employees and restaurant workers who are already very short-staffed and spread thin," Dominick Purnomo said.

Purnomo even tweeted, "Here we go again" after the mandate was announced.

In a statement from the Business Council of New York State on the mandate, it said in part:

"Our hope is that people respect the state’s directive and employees of businesses by not putting them in a difficult position of having to enforce the mandate through confrontation."

A mask does not have to be worn inside a public place if a business implements a vaccine requirement. Potenza said that’s a lot more work. She said putting a sign on the front door that says "masks required" should be enough.