The law enforcement community in the Capital Region is rallying around one of their own who is battling cancer.

It was a very emotional day Thursday. Frank Sorriento served at the Rensselaer County Sheriff’s Office for more than 20 years. When friends and family knew he had cancer they wanted to support him.

Sorriento was hospitalized with melanoma. His cancer is believed to be terminal. He was discharged Thursday to go home for hospice care. The Rensselaer County Sheriff’s Office along with other agencies escorted Sorriento home to his house in Averill Park. Frank worked as a transport officer. He has also trained a lot of people over the year for basic training and as defensive tactics instructor. Rensselaer County Undersheriff P.J. Higgitt says when Frank first started with the department, he knew he’d be a special officer. He was happy to see local law enforcement agencies come to support Sorriento. Watervliet Police Chief Joseph Centanni attended the escort. He is a good friend of Sorriento. He wanted to be there to support his friend.

"It speaks volumes of the camaraderie of the department, but it also speaks to what type of individual friend and how well liked he is in the department and the community, but in the capital district," said P.J Higgitt, Jr., Rensselaer County Undersheriff. 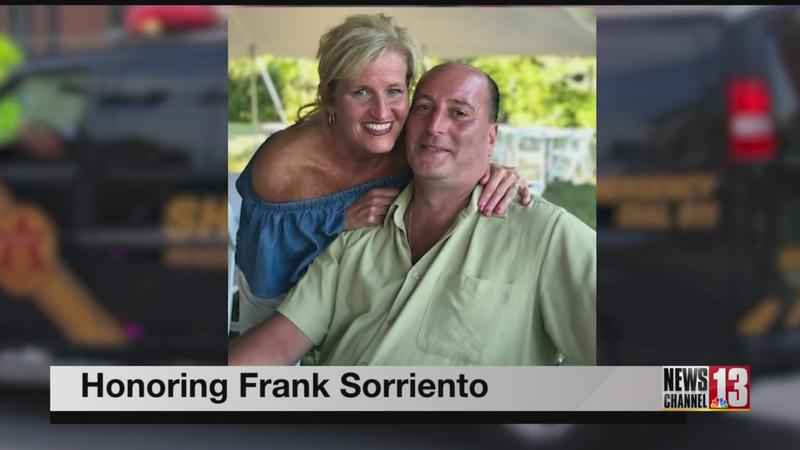 Regardless whether we’re on duty or off duty we look out for each other in the most difficult of times. It’s the times that bring us together closest." said Joseph Centanni, Watervliet Police Chief.

The family is going to have a fundraiser for Frank Sorriento at Habana Premium Cigar Shoppe in North Greenbush from 12pm-4pm on September 11.

You can also donate to the family via venmo @sorrientofamily.

All the funds will go to the family to help with the medical bills.