A task force with the New York State Bar Association recently released a report about racial injustice and police reform.

The group is made up of people like law professors, prosecutors, former police officers, and former judges. They have made dozens of suggestions, and some of those apply to the hiring process for police officers.

"Most men and women who serve as police officers are worthy of the title police officer, and worthy of carrying that badge each and every day," said T. Andrew Brown, president of the New York State Bar Association. "We have no problem with policing, we have a problem with bad policing."

"From the very beginning you have to do more to ensure that you are getting the right men and women to be police officers," he added.

Licensing, a college degree, and more training hours are a few of the changes the task force would like to see police departments make. 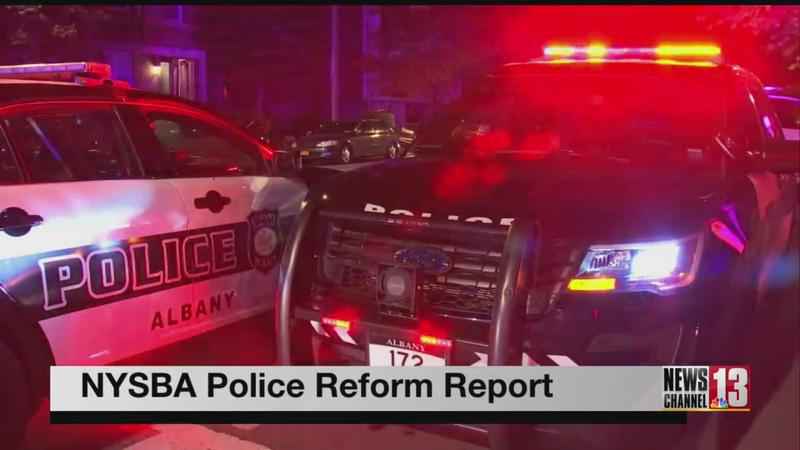 "You need more training to become a cosmetologist and a massage therapist than you do to be a police officer," Brown said. "There are fewer charges brought up against them for disciplinary actions. We know there are fewer constitutional violations by men and women who have some college degree."

The suggestions come in the wake of George Floyd’s death, and the task force believes they are feasible for police departments. NewsChannel 13 took those suggestions to two top cops in the Capital Region for their perspective.

DeWolf said he would like to see more training for dealing with emotionally distressed individuals, something the department is doing with some officers.

However, DeWolf expressed some hesitation when it comes to the idea of requiring a college degree.

"There’s a lot of good, decent, smart, hard-working people out there that don’t have a four-year degree," DeWolf said.

"I think the report has a lot of good points. It makes me feel good as the sheriff of Albany County because most of it, we are doing," Sheriff Craig Apple said.

Sheriff Apple said his office actually started their own training academy, so they could dedicate more time to things like active bystander training.

When it comes to requiring a college degree, Apple believes more training and licensing could work as a substitute.

"We actually had a college degree requirement, and we did away with it because recruitment was dropping off," Apple said.

New York State Bar Association President T. Andrew Brown, recognizes there is no one size fits all solution, but he’s hoping police agencies will consider some of the recommendations.

To read the full report and recommendations, click here.