Monday is the deadline for health care workers in New York to have at least one COVID-19 vaccine dose. Those who don’t comply could be at risk of losing their job.

Republican Assembly member Chris Tague is not in favor of the mandate. He says there are hospitals in his district that are already dealing with staffing shortages. He has heard from medical workers who told him they are not going to get the vaccine. Those workers have been told they are going to either be suspended or let go.

"I don’t see why we can’t have a testing system in place for those who aren’t vaccinated. And let’s move forward, by God. Let’s not fire people because they don’t want to put something in their body. It just doesn’t make any sense to me," said Tague.

Gov. Hochul laid out a plan that help with the potential shortage. New York would allow for health care professionals from other states and countries to help out if she declares for a state of emergency. New York also has the option of deploying National Guard personnel.

Democratic Assembly member John McDonald believes Gov. Hochul’s plan will help with the shortage. McDonald is a health care practitioner. He says vaccine mandates are not new for health care workers. He believes the mandate is necessary for protecting the elderly. 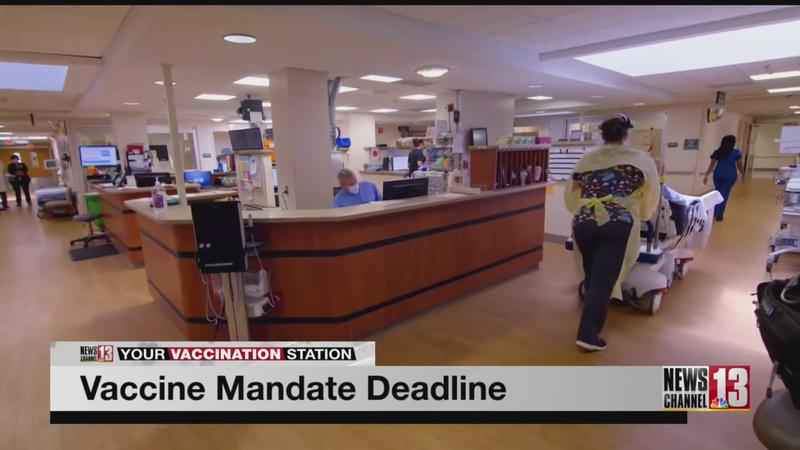 There are some exceptions. Because of a recent temporary restraining order, some health care workers with medical or religious exemptions do not have to be vaccinated for now as the case continues in court.