A pediatrician with offices in Hudson and Catskill is facing charges, accused of touching patients inappropriately.

Dr. Ibrahim Rabadi faces charges of forcible touching, sexual abuse and endangering the welfare of a child. He faces up to seven years in prison if he’s convicted.

The investigation began after two female victims reported the abuse. The incidents allegedly happened between 2018 and 2021.

Columbia County Assistant District Attorney Joyce Crawford said they’ve been working on this case for several years. “Both victims came and reported each of their incidents independently and separately, she said. The alleged conduct is believed to have occurred in the course of, that they were patients of Dr. Rabadi, and in the course of his medical practice.”

Crawford said Rabadi can’t be around the alleged victims or alone with any patients under the age of 18. 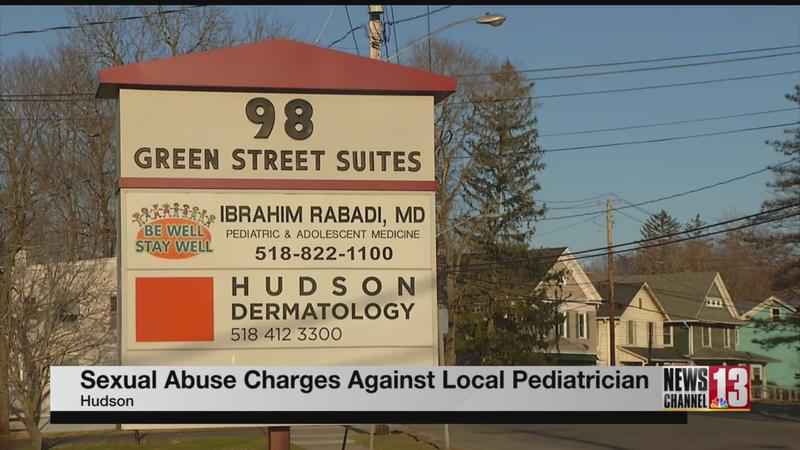 Chief Edward Moore with the Hudson Police Department said the community is alarmed, but resources are available.“People should talk to their children, especially if they’ve been patients at the doctor. If they have a child that’s affected, they’ll be treated professionally by our police officers and our advocates at the child advocacy center,” said Moore.

The Counselors of the Child Advocacy Center of Columbia-Greene Counties worked with the DA’s office and police department during this investigation.

The program director, Julianne Baumann, said they offer a safe environment for victims of child abuse. "The idea is to bring a child into a very family friendly, trauma-informed environment, said Baumann. When children disclose, we believe them. We bring them here, we talk to them directly, we talk to the family members, and we get services in place for them immediately."

Hudson police are urging anyone with information or similar allegations to give them a call.

The District Attorney’s Office has asked the court to issue an order of protection, keeping Rabadi from the alleged victims and anyone under the age of 18.

"Dr. Ibrahim Rabadi is a dedicated family man with a wife, four children, and one grandchild. He has dutifully served the Hudson and Catskill communities for the past 30 years by providing quality medical care. Dr. Rabadi fully cooperated with the police during the underlying investigation, and he categorically denies the allegations against him."