State Senate Majority Leader Andrea Stewart-Cousins says she and the governor have been good partners so far, and have been able to work collaboratively.

Some questions that came up for the majority leader – why didn’t the governor talk about bail reform?

Stewart-Cousins says there is no desire to make changes to bail reform right now.

She talked about JCOPE, the public integrity commission – and the governor’s plan to replace it.

The governor didn’t mention it in her speech, but it’s in the 235 page book she released with more details of her vision for the state this year. 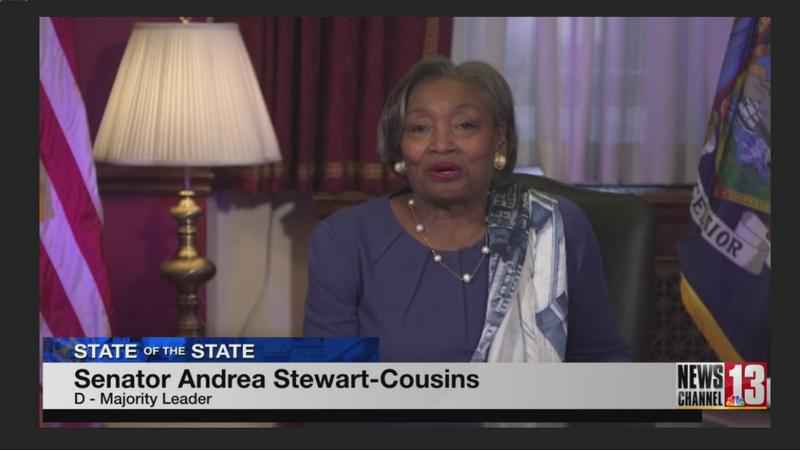 Cousins says ethics is of utmost importance when it comes to restoring faith in government.

The agency she says needs to change, so it’s actually accountable to New Yorkers.

She also says this speech really just scratches the surface.

Learn why, by watching the video.